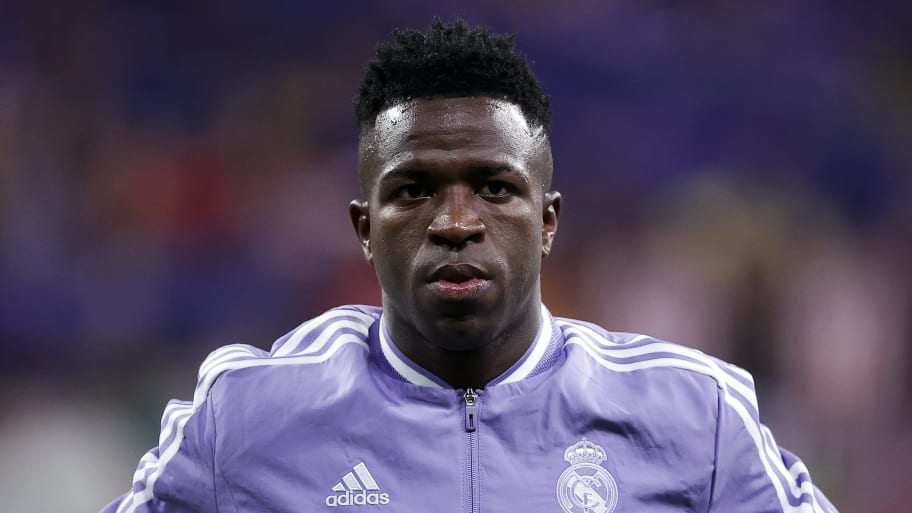 Three fans have been suspended by Atletico Madrid in their investigation of racist jeers aimed at Vinicius Junior in the Madrid derby last week.

The Brazilian was the victim of racist abuse from the stands as Real beat Atletico 2-1 at the Wanda Metropolitano Stadium, with chants aimed at him before the match and inside the ground on 18 September.

Chants being directed at Vinicius could clearly be heard throughout the contest and the winger also suffered abuse outside of the stadium before kick-off, being called a 'monkey' by the fans involved.

MARCA report that Atleti have now identified and suspended three fans for their involvement in the racist abuse, following an internal investigation that has been headed up by club CEO Miguel Angel Gil from the moment they realised what had gone on.

Los Rojiblancos will not stop at suspending just the three fans, though, with the report stating they will continue to investigate and suspend anyone who could've been involved in the racist abuse aimed at the 22-year-old.

Vinicius joined in the celebrations with Brazilian counterpart Rodrygo after he scored in the 2-1 win, dancing as he often does when celebrating his own goals, and has been urged to keep dancing by Brazil manager Tite.

This article was originally published on 90min as Atletico Madrid suspend 3 fans after investigating racism towards Vinicius Junior.