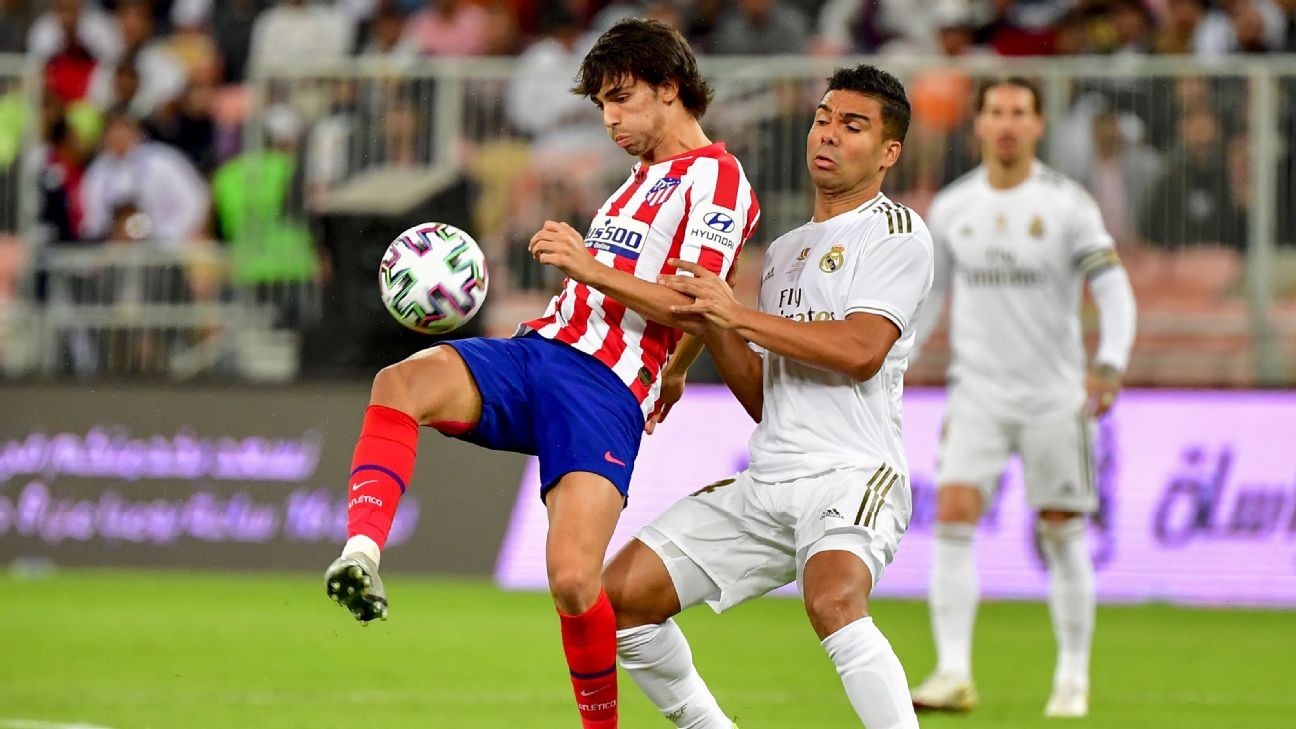 Atletico Madrid's Joao Felix is likely to miss this weekend's derby with Real Madrid after suffering a muscular injury in his right leg.

The €126 million forward felt discomfort during Atletico's 0-0 draw with Leganes in La Liga on Sunday, although he completed the 90 minutes.

Joao Felix underwent medical testing on Tuesday when the issue failed to clear up after a day of rest.

The results were not positive, and the 20-year-old is a major doubt for the derby, which Atletico go into 10 points behind Real Madrid and outside of La Liga's top four.

The team have been in poor form, with Sunday's draw following their loss to Real Madrid in the Spanish Supercopa, a 2-0 league defeat at Eibar, and a cup exit to Segunda B's Cultural Leonesa.

The former Benfica player has had a difficult start to his Atletico career, struggling to adapt to Diego Simeone's style and scoring just two league goals in 17 appearances.