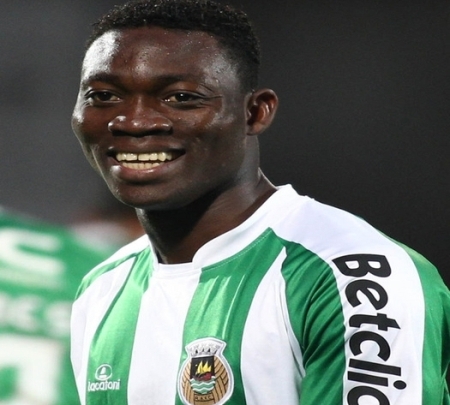 Talented youngster Christian Atsu has been handed an opportunity to enthral the world after being named in Ghana's squad for the 2014 FIFA World Cup qualifier.

The 20-year-old impressed for Portuguese outfit Rio Ave this season on loan from FC Porto and was named Player of the Year.

He scored six goals in 27 appearances.

Atsu, likened to Lionel Messi, has great skills and movement and can enhance his image if he proves his worth in June's assignments against Lesotho and Zambia.

In his budding career he has won awards including 2011 FIFA Blue Stars Tournament and the Porto's Young Best Player for the season.