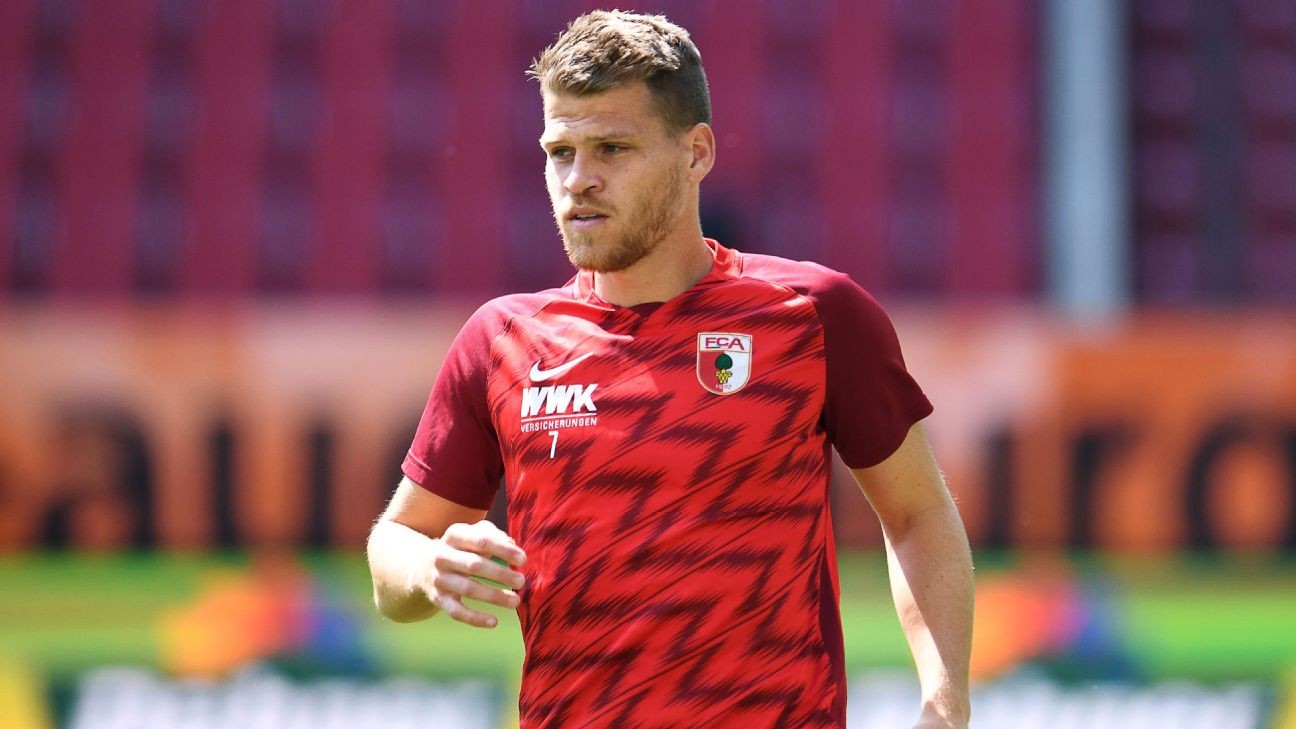 Both clubs found the back of the net after the 84th minute to split the points. Jan Aage Fjortoft says he "100 percent" disagrees with Frank Leboeuf's take that Jadon Sancho is inconsistent. Borussia Dortmund and Hertha Berlin players take a knee in support of the fight against racial injustice.

Augsburg forward Florian Niederlechner blamed the empty stadium for his missed penalty as he said it allowed him to hear an opponent's taunts.

Cologne goalkeeper Timo Horn saved the spot-kick from Niederlechner in the 27th minute, before both sides scored in the final minutes of the game to play out a 1-1 draw, a result which leaves Augsburg four points above a relegation playoff position.

Describing his missed penalty, Niederlechner said: "I then made the biggest mistake you can commit as a penalty taker.

"Usually, I hit it to the right corner but I heard a comment [from an opponent] because of those damn ghost games.

"He shouted to the keeper to remember where I always aim at. And that led to me changing my mind. That was a huge mistake. I let myself be influenced by it.

"I have often been the hero, but today I am the fool."

The Bundesliga was allowed to return in mid-May, but fans remain locked out.

Talks between the German league and the political-decision makers to allow some supporters back into the stands amid the pandemic have started.