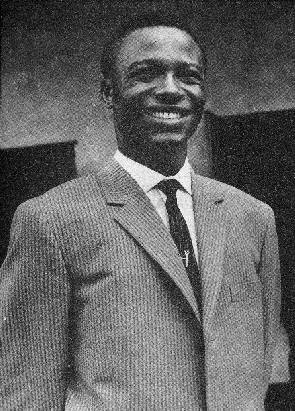 The 1971 Africa Footballer of the year, drew comparison between Baba Yara and two of the best ever to grace the  sport in recent years, Cristiano Ronaldo and Lionel Messi.

According to Ibrahim Sunday, Baba Yara was on "another level" in reference to some of Ghana's greats like Abedi Pele and even himself.

“All the players came during their time, if I talk about Baba Yara a lot of people don’t know about him but he was the greatest player of his time. Fantastic player!,” he told Footballmadeinghana.com.

“We had several others who were also great but Baba Yara was on another level. The President of France back then made a famous remark that ‘Ghanaians don’t know anything apart from Babayara’,  at a time without as much media coverage as today he was making waves all over the world.

“If he was playing today, he would’ve been compared to the likes of Cristiano Ronaldo and Lionel Messi.”

Baba Yara was named after the Kumasi Sports Stadium following his role in the history of Ghana Football.