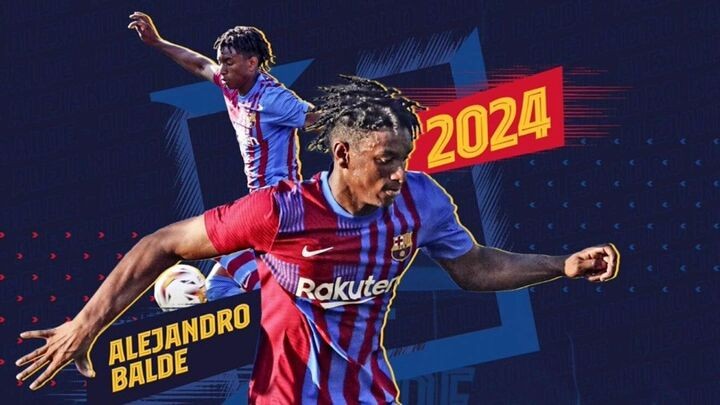 Alejandro Balde has signed a contract extension with Barcelona until 2024.

The academy product is regarded as one of the most promising players at the club and so tying him down to a new deal spells a big victory for Joan Laporta.

Barcelona announced the deal on Thursday, which contains a 500 million euro release clause.

Balde arrived at Barcelona in 2011 at the age of eight from rivals Espanyol.

Last season, despite being a youth player, was moved up to Barcelona B where he played 16 games.