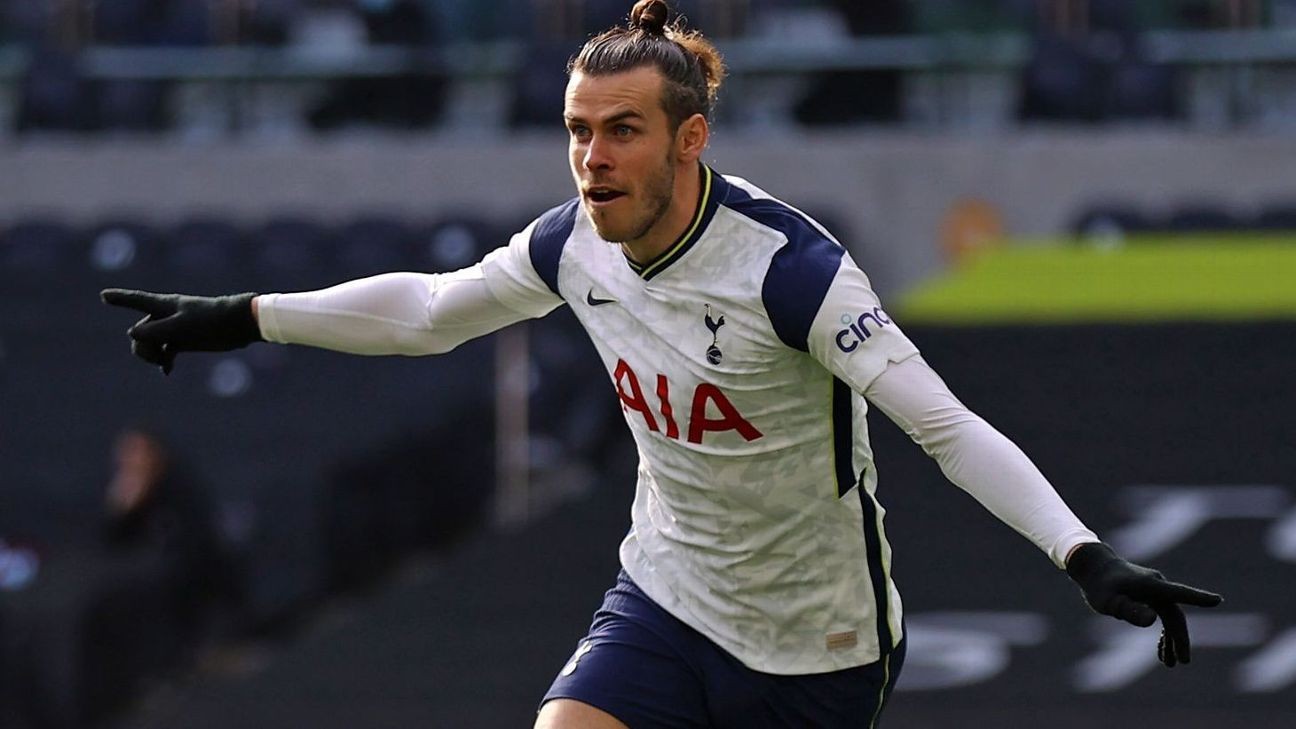 Jose Mourinho has waited all season for Gareth Bale to make a difference at Tottenham. Finally, and just when he needed the on-loan Real Madrid wide man to deliver, Bale showed he is still a force to be reckoned with by rolling back the years to inspire a 4-0 victory against Burnley.

Spurs had lost five of their last six Premier League games prior to this fixture and, although Mourinho's job wasn't under immediate threat, the Portuguese could not afford another loss to crank up the pressure. Mourinho needed a win and there is some irony in the fact that it was orchestrated by Bale, the player who has disappointed him so much this season that he has prompted the kind of public criticism from his manager that only tends to come from Mourinho when everything else around him is beginning to unravel.

But after a turbulent month between the two men, that has seen Mourinho take aim at Bale's social media comments, claim the 31-year-old declared himself unavailable for an FA Cup defeat at Everton and suggest Spurs only started to perform in a defeat at Brighton after the player was substituted, Bale showed that can still have an impact by scoring twice and assisting once against Burnley.

"It was good," Bale said. "I have been building up a little bit to get fully fit -- felt comfortable and my form is coming back. It's nice to help the team

"I know you get criticism, but I am experienced enough to keep my head down, not say anything stupid and keep plugging away.

"In the dressing room I feel comfortable and I'm having fun. I'm happy and I'm sure it's showing on the pitch."

UEL draw: Ibra set for Man Utd return with MilanMourinho's Spurs future depends on evolving from his combative pastMourinho vows to be a success at Tottenham

Mourinho was also quick to admit that this was a good day for the enigmatic Bale.

"I am happy because when his condition is good, he can do things like today. His game was very good, not just scoring, changing speeds, going inside. I am very happy for him."

Maybe it is a case of 'better late than never,' but even Bale's harshest critic -- and that might just be Mourinho -- would find it impossible to find fault in the Welshman's performance against Sean Dyche's team. Bale scored two, created another for Harry Kane, and set in motion the move for Tottenham's other goal, scored by Lucas Moura, in a win that breathes new life into the club's hopes of making a late surge into the top four and securing Champions League qualification.

Gareth Bale, 31, showed he still has something left in the tank with a man-of-the-match performance in a 4-0 rout of Burnley. JULIAN FINNEY/POOL/AFP via Getty Images

Spurs started the day nine points adrift of the top four, but this win could prove to be a launchpad for a run to the top four. With games against struggling Fulham and Crystal Palace in the next seven days, Spurs will know that two wins will propel them straight back into contention due to a cluster of fixtures between teams above them that ensures some clubs will drop points. Liverpool v Chelsea and Chelsea v Everton both take place within the next eight days, so Spurs simply have to take care of their own business and wait for the dust to settle on those two games above them.

And if Spurs build some winning momentum after this victory, they will be able to trace it all back to Bale's match-winning performance.

This was Bale's first Premier League start -- and only his third all season - since the defeat at Brighton last month in which he was substituted after an insipid hour-long display that led to Mourinho praising the performance of his players in the final 30 minutes.

He needed to make an impact on a rare appearance and made the perfect start by scoring within 75 seconds after beating the offside trap to poke Son Heung-min's cross past Burnley keeper Nick Pope with his right foot. On his first home Premier League start for Spurs since May 2013, Bale made his mark, but the goal was only the start of things.

In the 15th minute, he turned creator by teeing up Kane for the second goal with an assist that could win an award for the pass of the season. From deep inside his own half, Bale spotted Kane and picked him out with a 60-yard left-foot pass that left the England captain needing to take just one touch to control before shooting past Pope. Bale was at the heart of the action again for Tottenham's third, with his cross-field pass to Sergio Reguilon resulting in the left-back crossing for Moura to score from close range.

When Bale spent the last 10 minutes of the first half limping and rubbing his left ankle, the injury nightmare that has haunted his career for more years than he would care to remember appeared to have returned. But perhaps wanting to prove that he is made of stronger stuff than his reputation suggests, Bale continued after the half-time interval and stayed on long enough to score his second of the game with a stunning left-foot drive off the inside of the post from 20 yards. By the time he was replaced by Erik Lamela on 70 minutes, Bale had produced a man of the match performance and done enough to earn a high-five from Mourinho as he left the pitch.

It was certainly the high-water mark of his second spell at Spurs. Nobody truly knows how much of Bale's reported £600,000-a-week Real Madrid wages are being paid by Tottenham during his loan spell, but it's fair to say that he hasn't delivered value for money since returning to the club in September. But this was a reminder of what Bale can do, and what Mourinho and Spurs need him to do, between now and the end of the season.

If he can stay fit and repeat this performance consistently, then Spurs can still believe in their Champions League hopes.