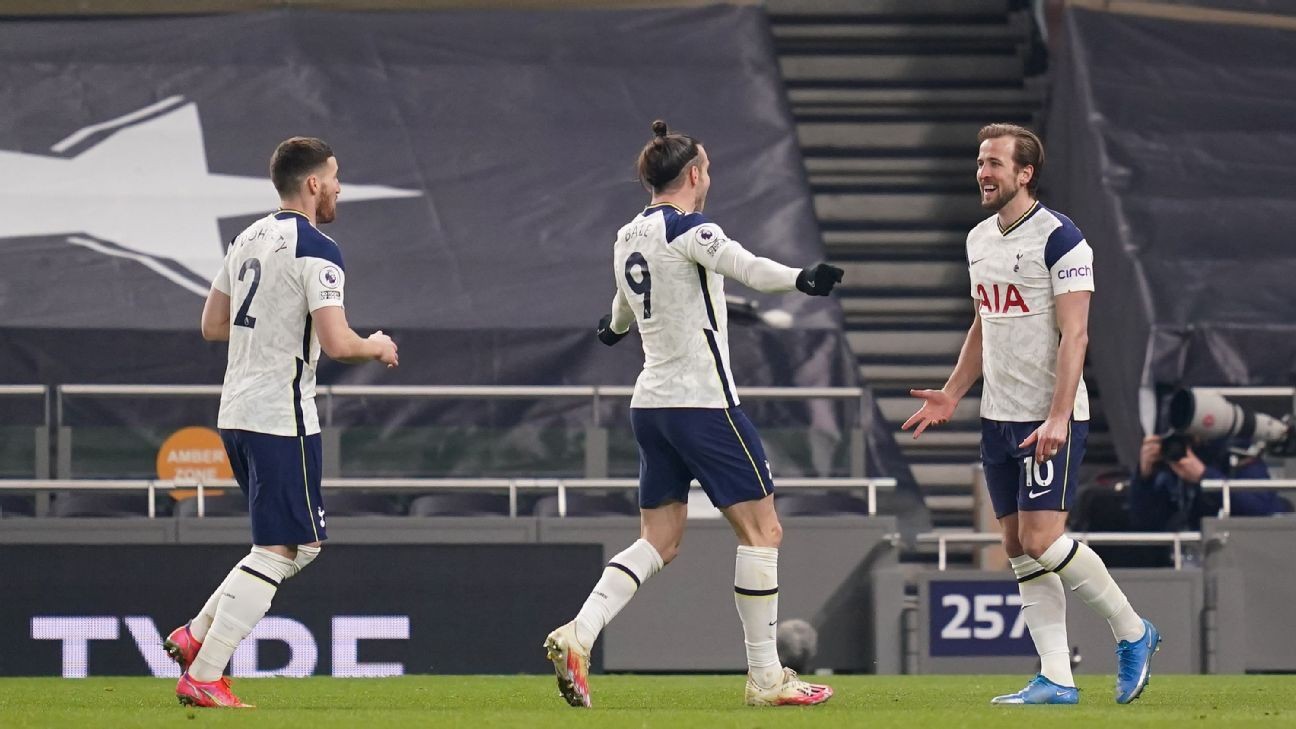 Two magnificent goals early in the second half helped Tottenham Hotspur to a dominant 4-1 win over Crystal Palace in the Premier League on Sunday.

Tottenham dominated the opening 25 minutes and found a deserved opener after a careless Palace giveaway allowed Harry Kane to sprint in on goal and square for Gareth Bale for an easy tap-in.

Despite losing the possession battle, Palace grew into the game as the half wore on and drew level just before the break when Christian Benteke out-jumped two Spurs defenders to head home Luka Milivojevic's cross.

Jose Mourinho's team came flying out of the dressing room and went up 3-1 in a span of minutes that saw Bale head in his second of the night, before Kane scored with a spectacular first-time shot from distance that left Palace keeper Vicente Guaita no chance.

Son-Heung Min then set up Kane for the Englishman's second of the night for a record-breaking goal that saw the pair combine for the most Premier League tallies in history with 14.

The pair of assists along with the two goals raised Kane's total scoring contributions this season to a Premier League leading 29 -- 16 goals and 13 assists -- as Spurs moved up to sixth place in the table on 45 points from 27 games.