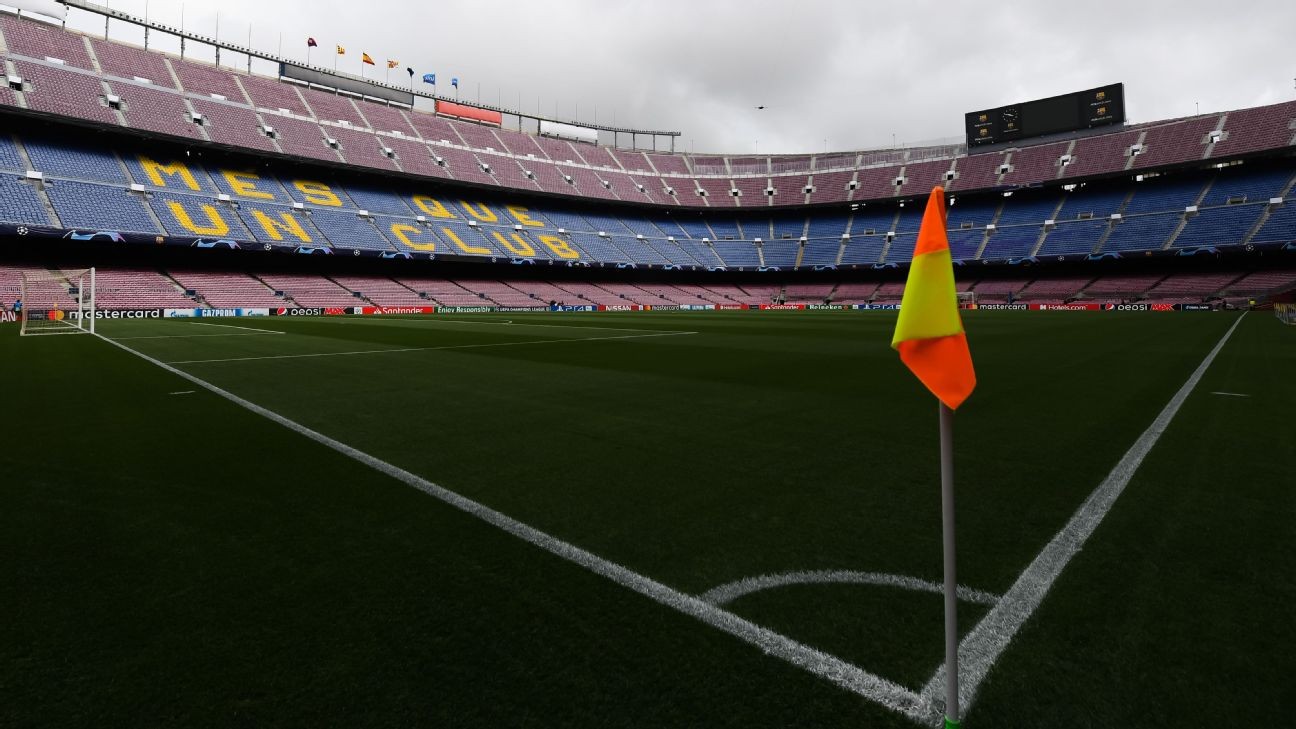 Steve Nicol and Shaka Hislop are at odds to whether Ernesto Valverde or the Barcelona players were at fault for their Champions League exit.

Dani Alves recalls what it's like to play for Pep Guardiola and reminisces on his time playing alongside Lionel Messi and Neymar.

PSG's Dani Alves opens up about his singing career aspirations and how racism has impacted football.

The majority of those detained were members of the Boixos Nois, a group of Ultras associated with Barca. The supporters clashed with police in the Nervion area of the city, where Sevilla play their home games.

Footage posted on social media showed the Barca fans, who were carrying flares and objects which could be used as weapons, chanting about the Biris Norte, Sevilla's Ultras.

"On Friday night in Seville, police detained 23 people (who will now not be able to attend the Copa del Rey final) and confiscated a number of objects in incidents in Nervion," the national police confirmed on Twitter on Saturday. "Five police officers suffered minor injuries. Sport is about respect, not violence."

The Boixos Nois are banned from all football stadiums in Spain, but that doesn't stop some members getting tickets and it has not prevented them from travelling to away games.

A large group managed to attend Barca's Champions League fixture at Lyon in February, leading the Catalan club to complain to UEFA that the French club and local police had facilitated their entry to the ground. They set off flares during the game, scuffled with other Barca supporters and were involved in minor incidents on the metro after the match.

Barcelona condemned the incidents at the time and have since suspended a group of club members from access to tickets due to the role they played in helping the Boixos Nois travel to France.

The Spanish champions meet Valencia at Real Betis' Benito Vilamarin on Saturday across the city of Seville in the cup final. Local police had already classified the game as high risk with more than 40,000 fans from both clubs set to attend the game.

Police from other areas of Spain were drafted in ahead of the match, with a total of 2,500 officers on duty over the weekend.

Ernesto Valverde's side are looking to get over their Champions League exit to Liverpool by winning a second successive double, while Valencia are aiming to win their first trophy since 2008 in the year of their centenary.