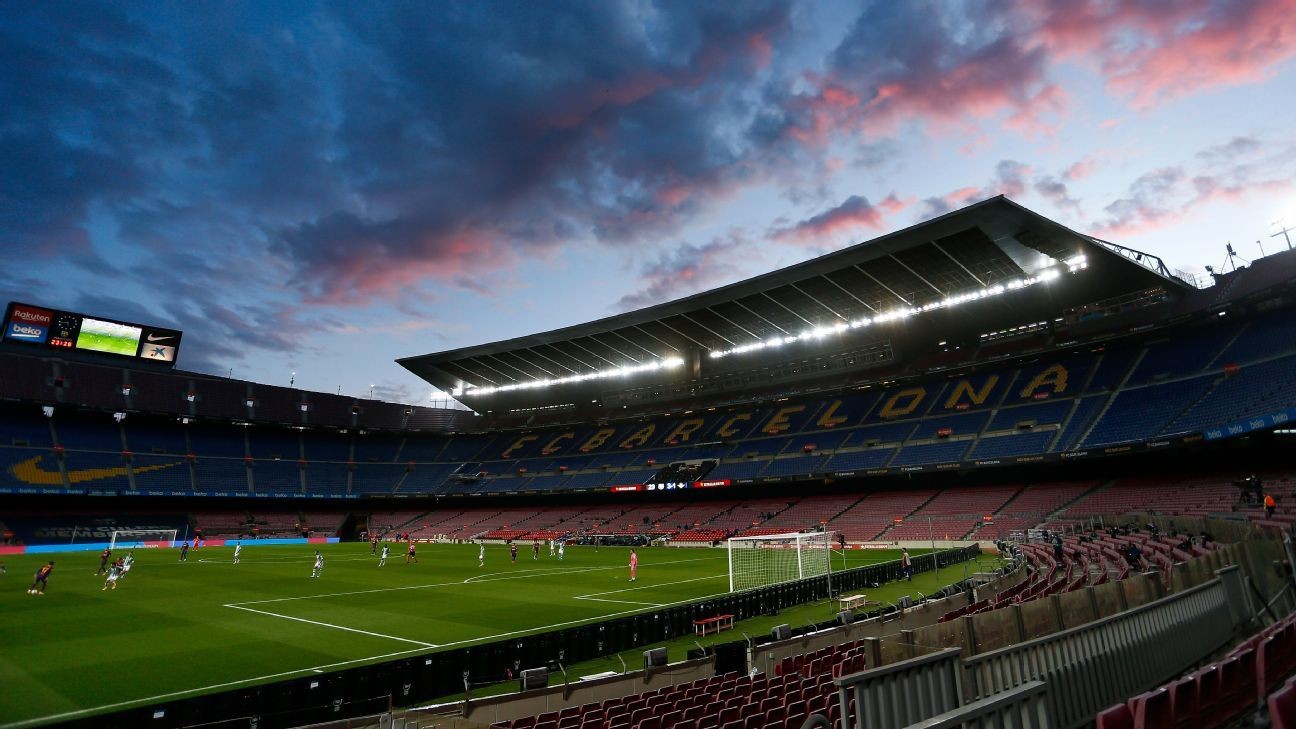 Barcelona have announced the election for a new president will take place on March 7, over four months after Josep Maria Bartomeu resigned from the position.

The election had been scheduled for Jan. 24 by the interim board but had to be postponed due to restrictions on movement in Catalonia as a cause of the coronavirus pandemic.

To avoid having to further delay choosing a new president, the club have been given permission to allow postal voting -- something that has not been possible in previous elections.

Joan Laporta, Victor Font and Toni Freixa are the three candidates in the running to replace Bartomeu, who resigned in October rather than facing a vote of no confidence.

Just over 110,000 club members -- socios -- are eligible to vote. In addition to postal votes, there will be six polling stations across Catalonia and Andorra for members to vote on the day.

The new president will take over at a key moment in the club's history.

In addition to being tasked with convincing Lionel Messi to stay -- since the six-time World Player of the Year's contract expires in June -- they will also inherit a club steeped in debt.

In Barca's annual accounts, which appeared this week but are dated August 2020, it was revealed that gross debt has risen above €1 billion.

"Postponing the elections from Jan. 24 was bad news for Barca," Laporta, who was previously president between 2003 and 2010, told ESPN this week.

"The club urgently needs a new president and executive board to take decisions to resolve the really serious financial situation Barcelona is in.

"We must take action to bring in more revenue and restructure the debt. It's urgent. We have an emergency plan in place ready to go. We need [a president] as soon as possible."

Not having a president has already hit the club's January transfer plans, with coach Ronald Koeman's wish to sign Manchester City defender Eric Garcia and Lyon forward Memphis Depay unable to be met.

"I've made it clear in the case of Eric Garcia: Barca can't [afford to] pay money now for someone who is out of contract and free in a few months," Laporta added.

All three candidates, Laporta, Font and Freixa, have acknowledged the dire position the club are in financially and that's meant that, unlike in previous elections, big-name signings have not been promised.

In interviews with ESPN, all three have also expressed their desire for Messi, who will be 34 at the end of the season, to stay at the club and retire at Camp Nou.