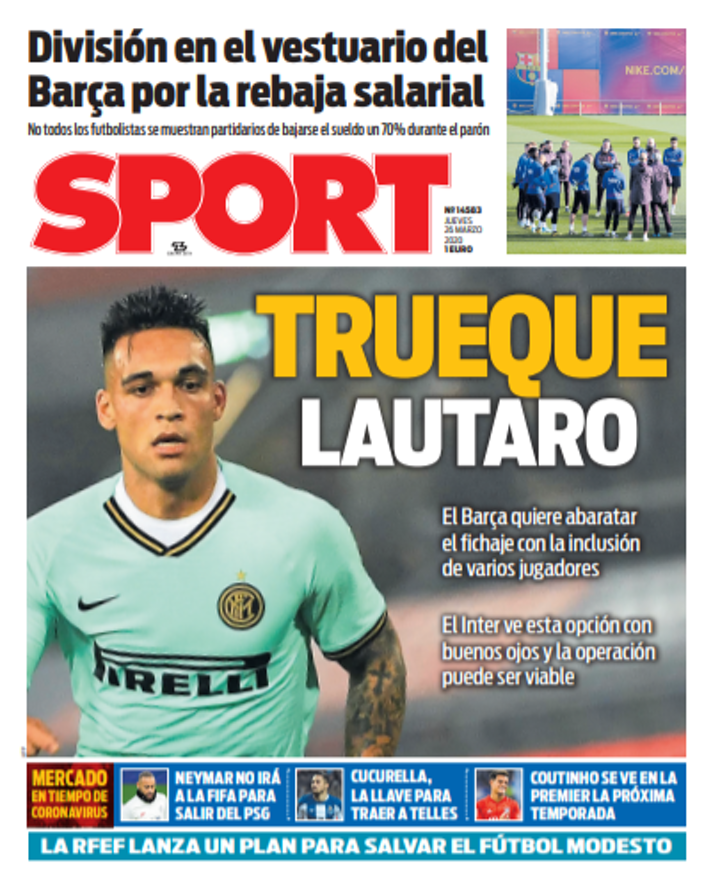 Barcelona want to lower Inter's asking price for Lautaro and Nerazzurri could agree the deal, according to Sport.

Lautaro Martinez is seemingly Barca's number one target ahead of the upcoming summer transfer window.

But rather than paying his €111 million release clause, they are hoping to conduct a player plus cash deal for the highly-rated Argentine national team striker.