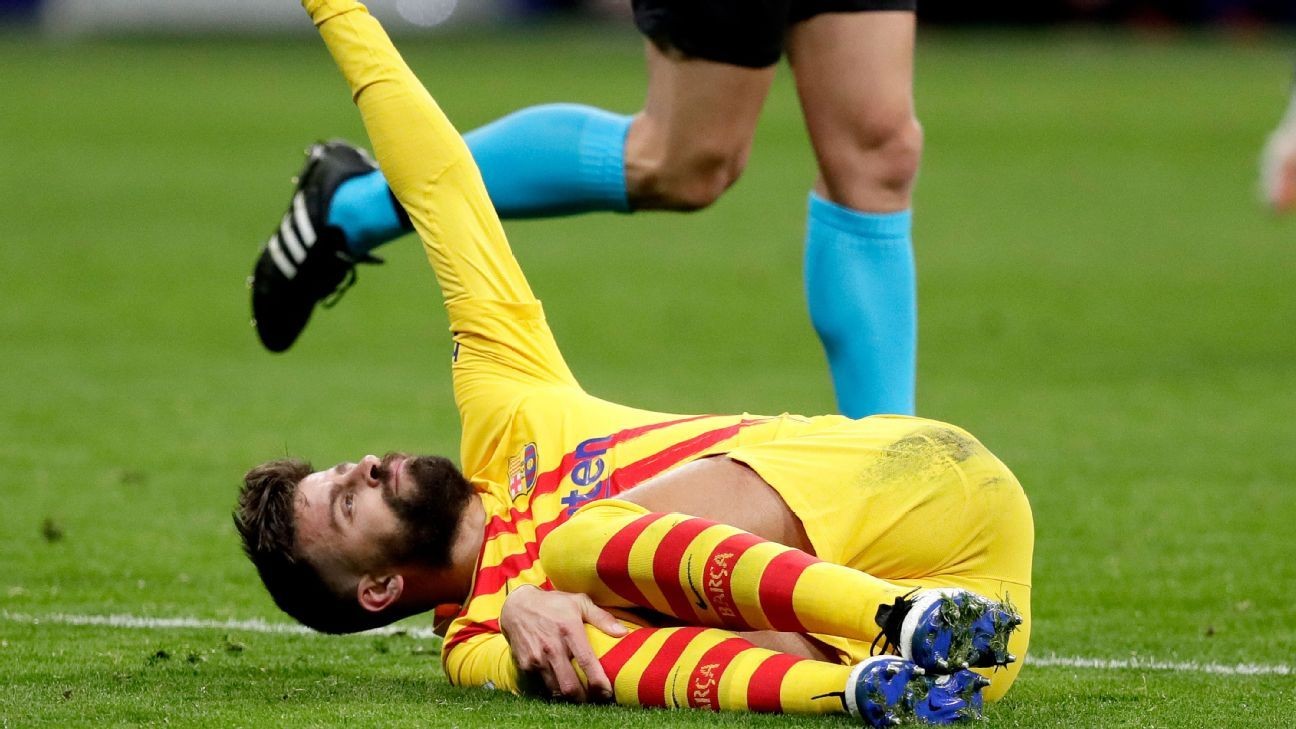 Barcelona defenders Gerard Pique and Sergi Roberto are facing lengthy spells on the sidelines after tests confirmed they had knee and hamstring injuries respectively.

The two were hurt during the 1-0 league defeat at Atletico Madrid on Saturday.

Examinations carried out on Sunday revealed Pique has a grade three sprain to his internal lateral ligament and a partial anterior cruciate ligament injury to his right knee. Right-back Sergi Roberto has a ruptured hamstring in his right leg.

Barca have not revealed how long Pique will be out of action for although there is speculation the 33-year-old centre-back could be sidelined for at least eight weeks. They did confirm that Sergi Roberto will need approximately two months to recover.

Pique and Sergi Roberto have each made 10 appearances for Barca this season.

Clement Lenglet is the only fit central defender for Tuesday's game at Dynamo Kiev in the Champions League. Samuel Umtiti and Ronald Araujo are unavailable due to other fitness issues.

"I am worried just as any coach would be," Barca boss Ronald Koeman said after Saturday's game when asked about the latest injuries. "There are many injuries because of the calendar we have.

"We have to wait and see how long they'll be out for but clearly I'm worried."

Barca are also without Sergio Busquets, who suffered a knee injury while on international duty with Spain, and Ansu Fati, who recently underwent knee surgery.