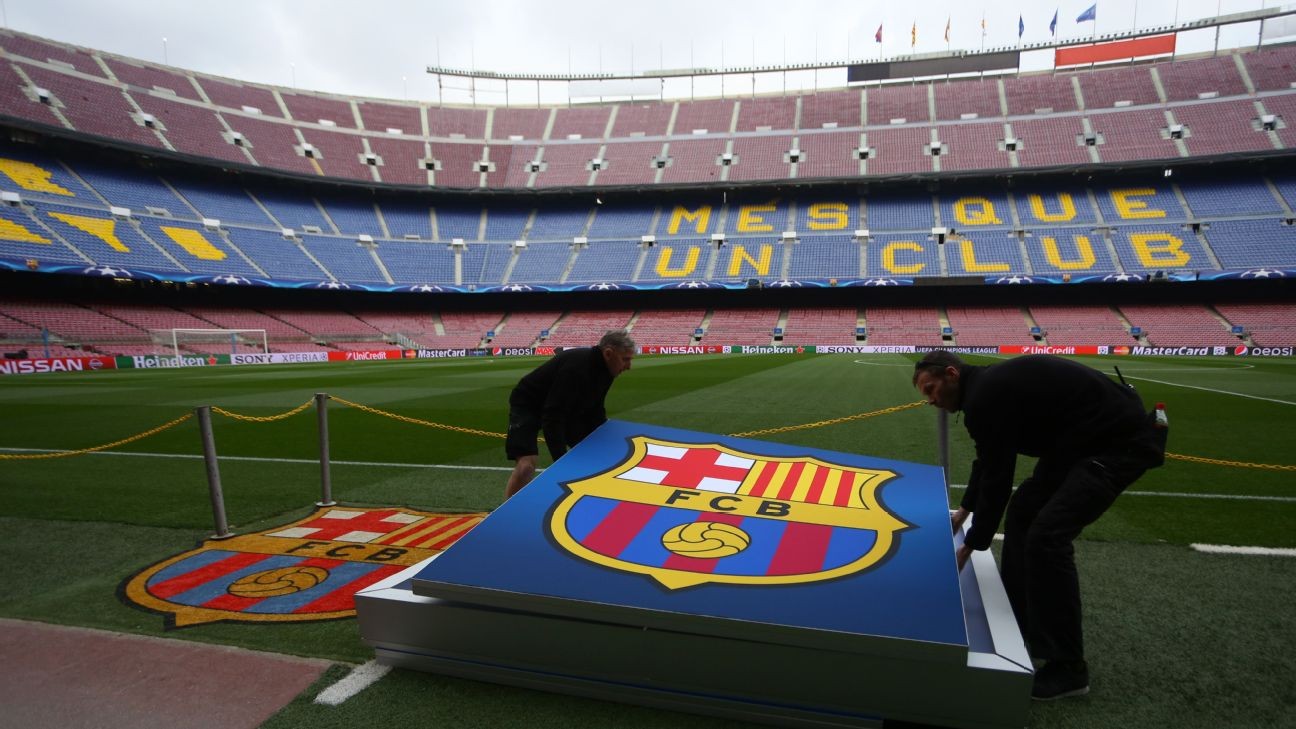 Sid Lowe dives into Barcelona's reported interest in Neymar in light of players taking wage cuts. Sid Lowe breaks down La Liga's projected timetable to return to playing matches with May 28 as an early date.

Barcelona's institutional crisis deepened on Thursday as six board members resigned, citing disagreements over how the club is being run by president Josep Maria Bartomeu.

Among those to step down were two of the club's four vice presidents, Emili Rousaud and Enrique Tombas. Directors Silvio Elias, Josep Pont, Jordi Calsamiglia and Maria Texidor also handed in their notice.

The resignations are the result of months of internal sparring at the club. One source told ESPN on Wednesday that life behind the scenes at Camp Nou is like the television drama "Game of Thrones," explaining that everyone is vying to position themselves ahead of next summer's presidential elections.

"We reached this point by being unable to reverse the criteria for how the club is managed in the face of important challenges in the future, especially given the new post-[coronavirus] pandemic scenario," said a letter signed by the six board members, which was first published by La Vanguardia.

The letter goes on to call for the club to hold elections "as soon as circumstances allow so that important challenges in the immediate future can be managed in the best possible manner."

Elections are scheduled for the summer of 2021 and Bartomeu, who will not be able to run having already served two terms, has always insisted that he will not bring them forward.

Thursday's resignations are unlikely to change that stance in the short-term. Bartomeu had earlier this week phoned four of them -- Rousaud, Tombas, Elias and Pont -- to ask them to step down. A source explained to ESPN that the president only wants "people he can trust" around him in the final year of his mandate.

Rousaud criticised Bartomeu's timing, in the midst of the coronavirus crisis, and said that he felt betrayed.

There have been problems bubbling under the surface for a while but things have grown more heated since the revelation in February that Barca had paid a third-party company to smear players, potential presidents and club legends online.

Bartomeu denied any knowledge of the social media accounts in question, rescinded the club's contract with the company in question and ordered an external investigation into what had happened.

During an emergency meeting to discuss the scandal, which became known as "Barca-gate" in the local media, several board members asked Bartomeu to fast-track the elections.

Since then, huge fractures have opened up among the board of directors and leaks about negotiations with the players over a wage cut to help alleviate the financial effects of coronavirus opened up more wounds last week.

Bartomeu said the leaks had not come from him or CEO Oscar Grau, who carried out negotiations which saw the players accept a 70% wage cut, and insinuated they must have come from elsewhere inside the club.

The leaks angered the players -- a statement first released by Lionel Messi accused the club trying to put them under pressure -- and left the president feeling he needed to take action in the form of re-modelling the board of directors.

Since being re-elected in 2015, Bartomeu has now seen seven vice presidents quit. Javier Faus, Susana Monje, Carles Vilarrubi, Manel Arroyo and Jordi Mestre all stepped down before Rousaud and Tombas for various reasons.