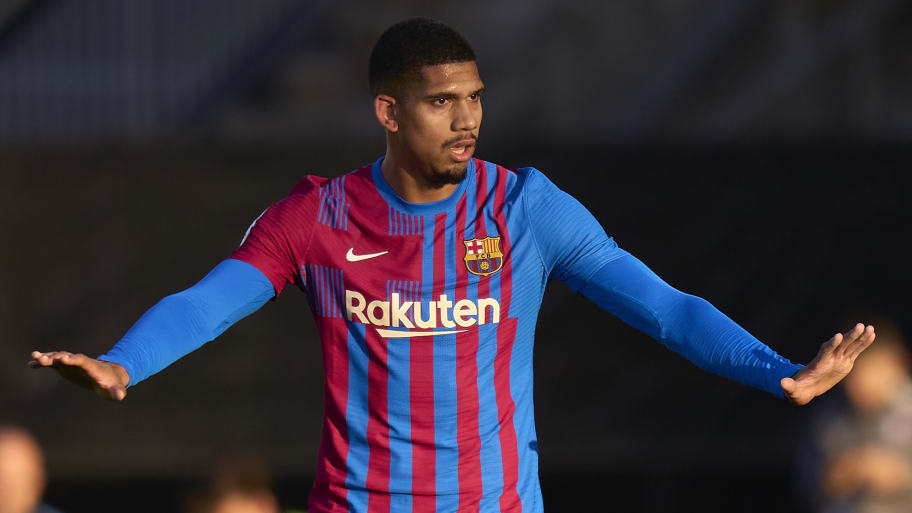 Barcelona may find it difficult to agree a contract renewal with emerging defensive star Ronald Araujo, at least partly because of interest in the 22-year-old from Premier League clubs.

Araujo joined Barcelona B from Uruguayan club Boston River in 2018 and made the permanent step up to the first-team in difficult circumstances last season. He has remained an important player when fit, although his ability and potential seemingly haven’t gone unnoticed.

Araujo only has a contract until the end of next season, which puts Barcelona in a slightly awkward position and ensures that arranging a renewal carries a degree of urgency.

ESPN reports that while tying prodigious teenagers Ansu Fati and Pedri to new contracts recently was straightforward, it could be more difficult with Araujo.

It is said Barcelona want to offer a new five-year deal, but the club has learned from early talks so far that the player’s salary demands are higher than they expected. That could become a problem when Barça’s finances are in a delicate state and Premier League sides can offer more.

The fear is a repeat of the Ilaix Moriba saga when the youngster refused to sign a new contract last summer, forcing the club to sell him to RB Leipzig to avoid missing out on a transfer fee.

Liverpool are described as ‘closely following’ any developments, supposedly even sending representatives to Barcelona to touch base with the player’s camp. The Reds suffered a centre-back crisis last season, while Virgil van Dijk and Joel Matip will both be 31 before 2022/23 begins.

Chelsea could also be on the lookout for centre-backs in the summer, with Antonio Rudiger, Andreas Christensen, Thiago Silva and Cesar Azpilicueta all out of the contract in June.

Even Manchester United, despite the acquisition of Raphael Varane this year, are hinted to have been given positive feedback on Araujo by scouts. There are some uncertainties at Old Trafford regarding the futures of Eric Bailly, Victor Lindelof and Phil Jones.

This article was originally published on 90min as Barcelona face difficulties in Ronald Araujo contract talks.