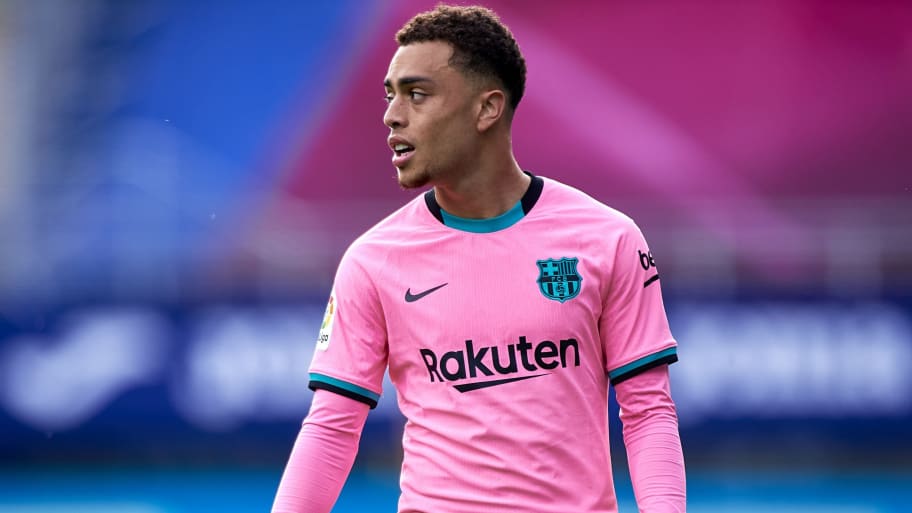 Barcelona are looking to offload defensive trio Samuel Umtiti, Clement Lenglet and Sergino Dest in an effort to try and improve the club’s crippling financial situation.

Barça are desperate to slash wages and raise funds in order to increase revenue and fall in line with La Liga’s salary cap policy, which is currently limiting their ability to register new signings Sergio Aguero, Eric Garcia and Memphis Depay, as well as finalise Lionel Messi’s contract renewal.

Umtiti has been linked with a departure for some time, with long-term fitness trouble and falling out of favour limiting him to under 15 La Liga appearances in each of the last three seasons.

But Lenglet, who missed only five La Liga games last season, and Dest, who was signed from Ajax for an initial €21m only a year ago, now appear to have been made available too.

The trio feature on the front cover of Monday’s edition of local publication SPORT and if suitable bids come in for any one of them, Barça seemingly won’t hesitate in cashing in.

Umtiti, who is still only 27, has specifically been linked with a return to old club Lyon.

Lenglet, meanwhile, is said to be the subject of interest from Arsenal and Tottenham – both Premier League clubs are in the market for a centre-back this summer, although whether the former’s likely capture of Ben White from Brighton will see them to drop that interest remains to be seen.

There have also been rumours linking Everton and West Ham with the ex-Sevilla star, who cost Barça €35m in the summer of 2018.

Dest has been linked with Bayern Munich, Inter and Arsenal, the latter of whom are thought to have made an approach. However, journalist Fabrizio Romano has reported that the Dutch-born USA international has no interest in leaving Camp Nou this summer and doesn’t plan to consider any other options.