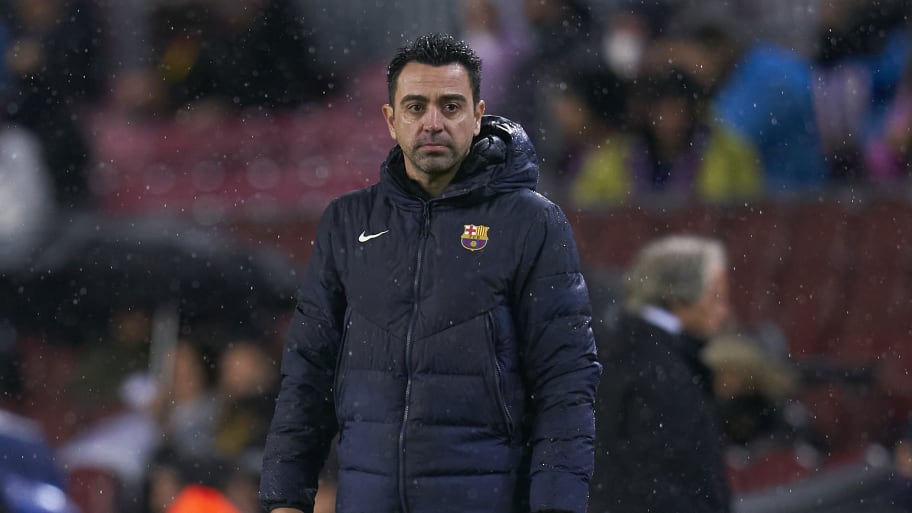 Barcelona welcome Real Betis to the Camp Nou in La Liga this weekend as Xavi looks to continue his unbeaten start in the dugout.

Barca left it late last time out away to Villarreal when Memphis Depay and Philippe Coutinho struck inside the last five minutes to a secure a 3-1 victory at the Ceramica.

The win followed the derby victory over Espanyol on Xavi's debut, while their goalless draw with Benfica in the Champions League ensured the side's qualification hopes are still alive heading into the final group clash with Bayern Munich.

Here's how Barca could line up.

Marc-Andre ter Stegen (GK) - It is quite remarkable that the German is still only 29 years old.

Gerard Pique (CB) - Still the commanding presence at the heart of the Barcelona backline.

Ronald Araujo (CB) - The Uruguayan has blossomed into an impressive central defender.

Abde Ezzalzouli (RWB) - A tough shift against Villarreal last weekend, but his attacking qualities are beginning to shine through.

Sergio Busquets (CM) - The Spain international looks at home in a system which prioritises ball retention.

Frenkie de Jong (CM) - Netted the opener at the Ceramica last time out, catching the eye with his late runs from midfield.

Jordi Alba (LWB) - Sustained an injury against Villarreal but he is likely to be fit for this weekend.

Nico (RW) - Slightly older than Gavi, but his maturity is no less extraordinary.

This article was originally published on 90min as Barcelona predicted lineup vs Real Betis - La Liga.