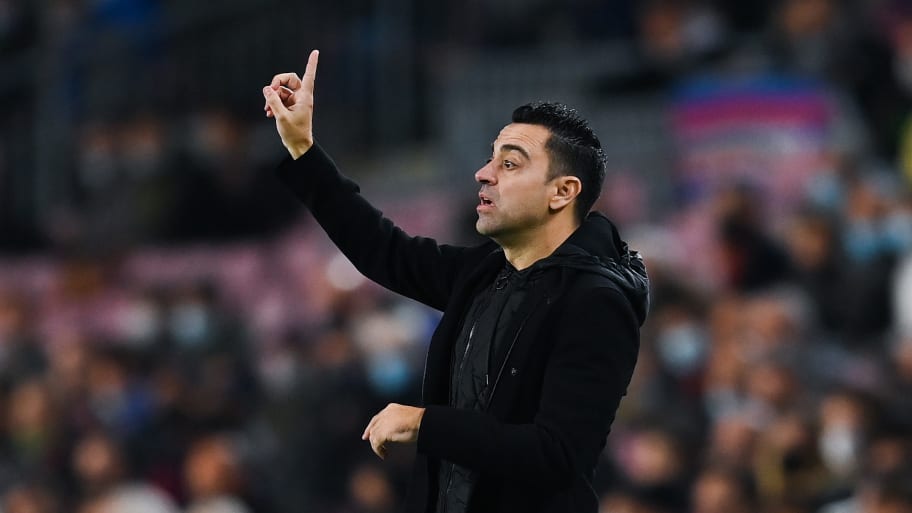 Xavi's second La Liga assignment as the new Barcelona boss sees his side face a tricky test away to Unai Emery's Villarreal.

Victory proved elusive for the new boss in the Champions League in midweek against Benfica, with Barca now facing up to the reality of having to contend with Europa League football after Christmas unless they defy the odds against Bayern Munich.

There were positive signs in the goalless draw with the Portuguese side, although Xavi will be demanding a greater cutting edge in attack from his charges this weekend.

Here's how Barcelona could line up.

Marc-Andre ter Stegen (GK) - Made a vital stop from a corner in midweek, highlighting his importance to this Barca side.

Gerard Pique (CB) - An important figure in Barcelona's transition given his wealth of experience.

Clement Lenglet (CB) - His Barcelona career has never quite taken off since his move from Sevilla, but recent weeks have been more promising.

Jordi Alba (LB) - Even at 32 the Spain international is still one of Barca's most important assets.

Sergio Busquets (DM) - A masterclass in midweek against Benfica, underlining his value to Xavi.

Nico (CM) - Another La Masia graduate strutting his stuff for the first team.

Ousmane Dembele (RW) - Made a huge impact after coming off the bench in the Champions League in midweek and he could be rewarded with a starting berth.

Memphis Depay (ST) - Netted the first goal of the Xavi era with a penalty against Espanyol last weekend.

Gavi (LW) - Moves with elegance in possession, displaying a maturity which belies his years.

This article was originally published on 90min as Barcelona predicted lineup vs Villarreal - La Liga.