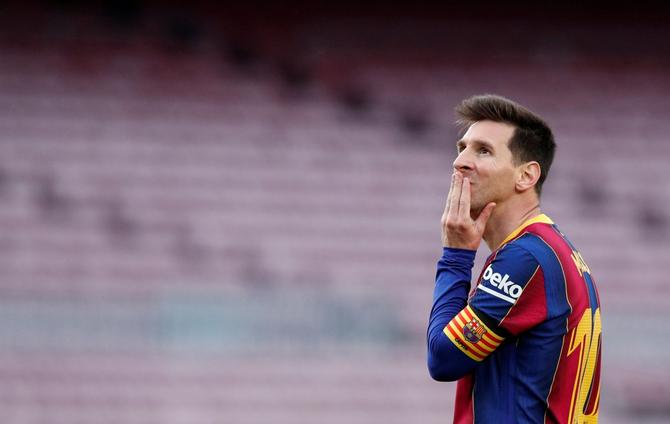 Barcelona president Joan Laporta is optimistic Lionel Messi will sign a contract extension with the club but knows they must stay patient.

The six-time Ballon d'Or winner is now a free agent after his deal at Camp Nou expired on June 30.

According to reports, Messi has agreed a new five-year deal with the Blaugrana while accepting a substantial pay cut – although there has yet to be official confirmation.

Barca's significant financial difficulties are likely to mean other players must leave before Messi – or any of the club's new signings, including Sergio Aguero – can be registered.

Nevertheless, club president Laporta says negotiations are progressing well and is confident there will be a positive update in the near future.

"The professionals are doing their job well," he said. "We are very satisfied with how everything is progressing.

"But you know that it is a special market that requires patience, skill and sometimes some juggling.

"But I think, as the summer progresses, we will be able to give good news."

Messi has spent his entire playing career with the Catalan giants, for whom he is the all-time leading scorer with 672 goals in 778 appearances.

The 34-year-old has also won 10 LaLiga titles with Barca since making his senior debut in 2004, as well as the Copa del Rey seven times and the Champions League on four occasions.

And he recently captured his first major international honour; captaining Argentina to Copa America glory following a 1-0 victory over Brazil in the final.