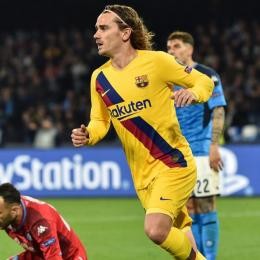 Barcelona cannot afford to “depend on Lionel Messi’s magic all the time”, admits Rivaldo, with it becoming increasingly apparent that Antoine Griezmann has been written off as a “bad signing”.
The Blaugrana legend told Betfair: “Messi reached his 700th goal with Barcelona which is absolutely astonishing and only proves how fantastic he is as a player, always delighting his fans - but he can't carry the team. If you want to change anything you can't wait for the end of the game and expect that Antoine Griezmann will solve anything by coming on in the 90th minute".

"I can't understand why a world champion for France, former Atletico Madrid star for years and multi-million euro signing from Barcelona can only come on in the final minutes of such an important game as the one against Atleti. That shows me that something is not good in the team, because if you don't put Griezmann in a game of such importance you are assuming that he is not at his best and might have been a bad signing. It's a bit concerning, the situation at Barcelona right now, and they could end up losing La Liga.”