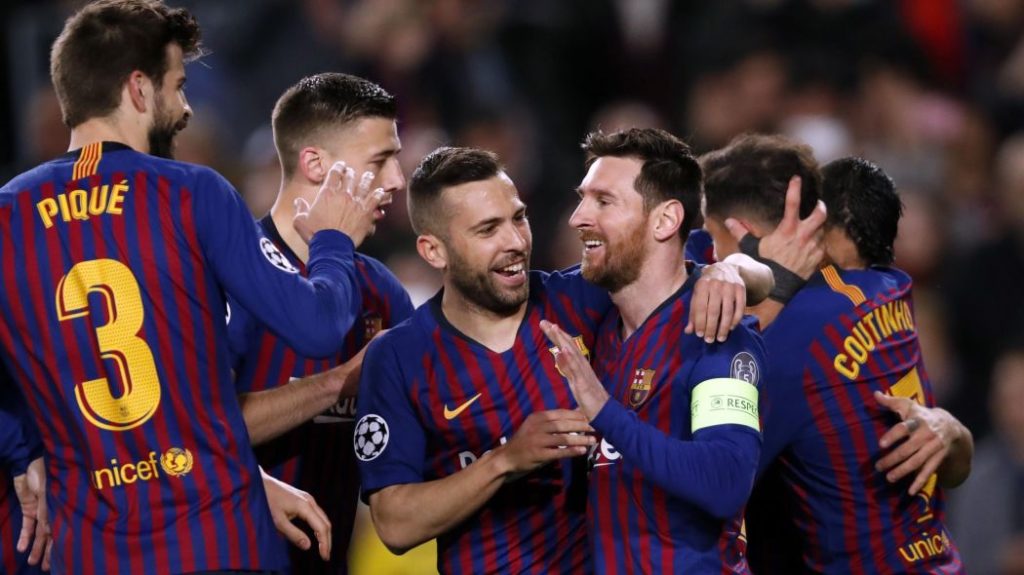 The 2019 Champions League has now reached the latter stages and Barcelona are now as short as 2/5 to lift the trophy, and continue to be popular with punters using the LVbet promo code.

This is due to the fact they put in a starring performance to beat Liverpool 3-0 in the first leg of their semi-final clash.

This included yet another man of the match performance from captain Lionel Messi, who scored a jaw dropping free kick in the 82nd minute, scoring his 600th career goal for the club.

Messi's free kick gets better with every angle

Barcelona have also now wrapped up the La Liga title, as they go in search of a hugely successful season.

They are aiming for their sixth UEFA Champions league victory and first since back in 2015. The most recent victory coming via a 3-1 final success over Juventus.

Barcelona were drawn in Group B at the start of the competition against Tottenham, Inter Milan and PSV Eindhoven. They progressed through unbeaten with 14 points from the six fixtures.

This included the impressive 4-2 victory away at Tottenham, as Messi again provided a memorable performance scoring a brace in the victory.

Progression from the group saw them drawn against French side Lyon in the round of 16. They again started as strong favourites, but were held to a first leg stalemate at the Parc Olympique Lyonnais, despite creating many chances to win the game.

The return leg at the Camp Nou was a completely different game as Messi lead the Spanish side to an easy success. The game finished 5-1, with Messi scoring twice, as well as goals from Philippe Coutinho, Gerard Pique and Ousmane Dembele.

This led to them being pushed into the favourites for the tournament by most firms. A blockbuster clash followed against Manchester United, as Barcelona took a 1-0 lead following the first leg at Old Trafford.

This was another dominating display from the Spanish champions, with United failing to produce a single shot on target. The Camp Nou continues to be a fortress for Barcelona, as so it was again, as they routed United winning 3-0 on the night.

It would be yet another brace for Lionel Messi, as he also all but sealed the Golden boot in the competition for this season.

Barcelona really have yet to be truly tested in the competition this season, which is why they are now overwhelming favourites to pick up the trophy, with the final also taking place in Spain in Atletico Madrid’s, Wanda Metropolitano Stadium.