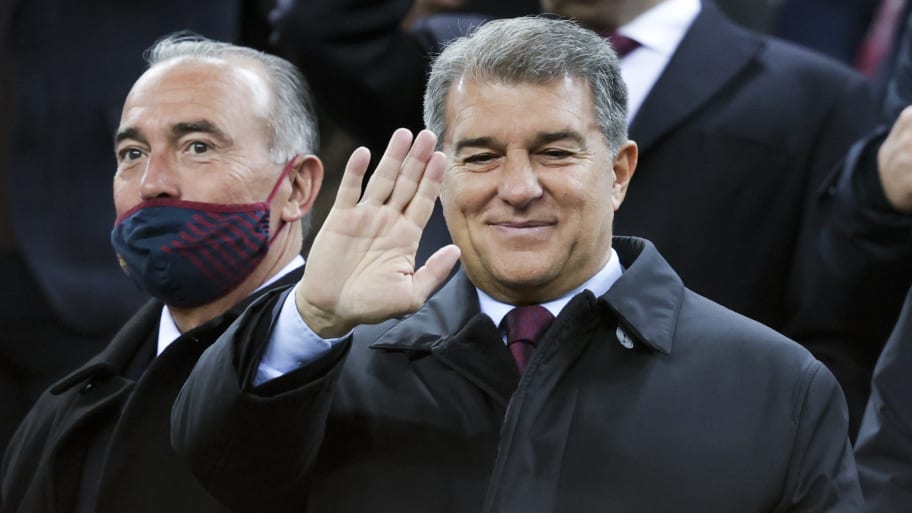 Barcelona are considering pulling out of the sale of 49% of their merchandise company, Barça Licensing & Merchandising (BLM), as president Joan Laporta is eyeing a better deal.

The club's financial woes are no secret, with officials speaking openly about the need to raise €500m this summer to balance the books and 'save' Barcelona, with more than half of that sum expected to come through this BLM sale.

A consortium led by Fanatics had agreed a €275m deal for a 49% share of the business, which had only been valued at €200m, but Marca now state that Laporta wants more.

Negotiations have slowed down drastically in recent days, with Laporta demanding more money and the consortium so far refusing to raise their offer.

While talks have not collapsed completely, the feeling is that this pre-agreed deal will soon be taken off the table and Barcelona will have to look elsewhere in their attempts to raise money.

Laporta will speak at a general assembly on Thursday to ask shareholders for permission to sell shares in BLM, but he is not expected to confirm any details of any negotiations and will likely leave fans in the dark.

Barcelona are also hoping to sell a share of their television rights which could bring in another €200m, but without this BLM deal, the club still need a huge €300m if they are to start the coming season with a positive balance.

The president seemingly believes such a figure can be raised through the BLM sale, but if not, Barcelona will have to rely on player sales, which could work in Manchester United's favour as they continue to negotiate over Frenkie de Jong.

This article was originally published on 90min as Barcelona stalling €275m sale of BLM to Fanatics.