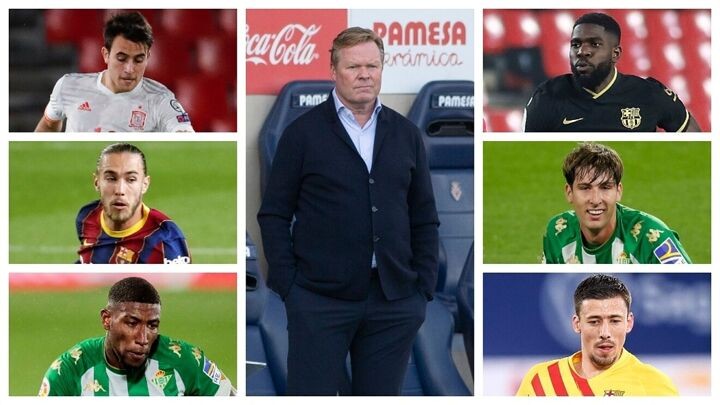 Barcelona have to take time to assemble their squad for the 2021/22 season, and one of the areas that needs the most work is their defence.

Some decisions have already been made, but there are still a lot of unknowns hanging over the Catalans' squad. At the end of the season, Ronald Koeman will meet with the club's management to make some big decisions, despite being in regular contact with Ramon Planes and Mateu Alemany already.

One thing that has already been decided on is the signing of Eric Garcia. The club have been in talks with the player for a long time now, and he will be playing at the Camp Nou next season, with an agreement looking very close now.

They will have five centre-backs, Umtiti up for sale

With Eric Garcia's arrival, Barcelona will have six central defenders and will want to have five.

The plan is to sell Samuel Umtiti, and he'll be up for sale for around 10 million euros. But the big problem with shifting the Frenchman will be finding a club who can meet his salary demands.

The club have given their full support to Clement Lenglet, despite his underwhelming season, and his sale is not something they're contemplating.

Last week, the club triggered a two-year extension in Oscar Mingueza's contract, so he won't be going anywhere this summer either.

Barcelona have to decide on Emerson

Real Betis' Emerson is an option that the Blaugrana are very keen on. He's capable of playing at centre-back, but also on the right, and he is a real threat in attack as well.

The Catalans will have to make a decision to sign him outright or not, knowing that they already have Sergino Dest, Sergi Roberto and even Mingueza on the right already.

Junior Firpo is for sale

Barcelona will try to find a new club for Junior Firpo, who has not delivered since joining from Betis. Should he leave, the Catalans are keen on bringing back Juan Miranda.