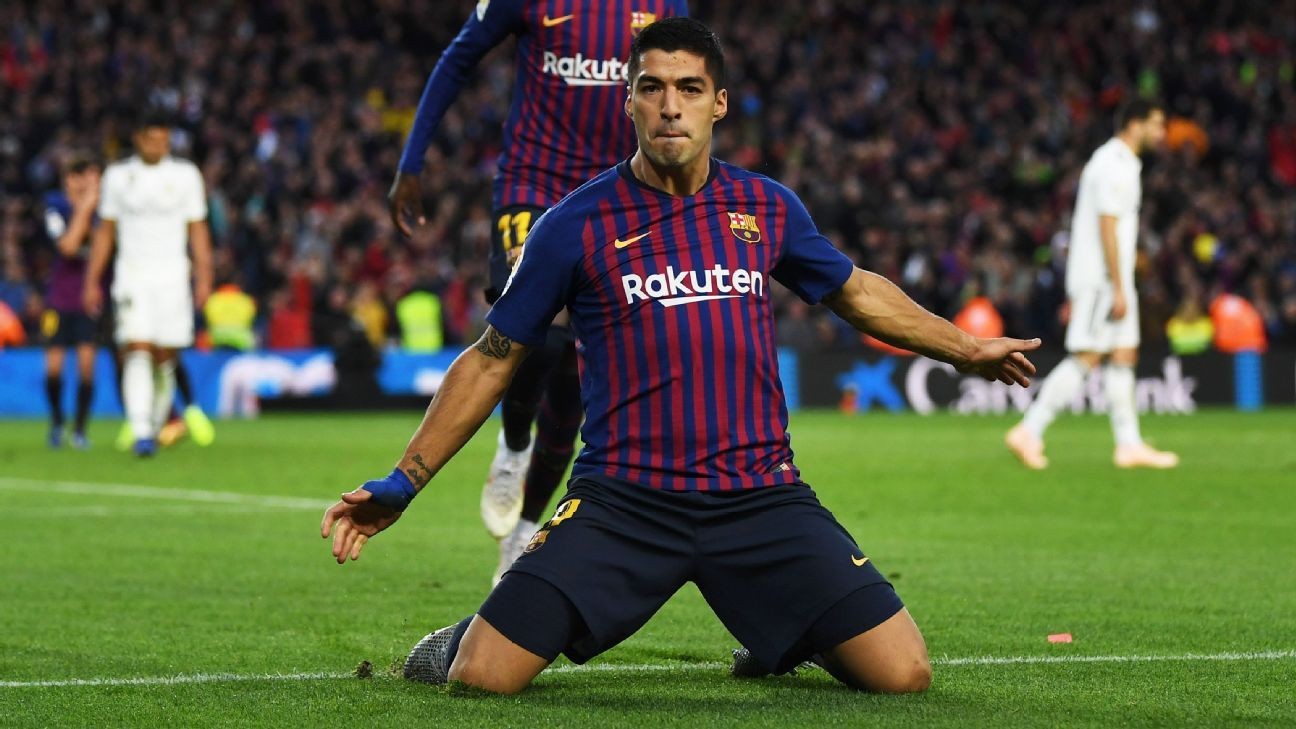 The FC guys answer your tweets on the best No. 9 in Europe, if aliens would enjoy watching Man United and their preference between burgers or pizza.

Luis Suarez has said he accepts that Barcelona are looking for his replacement as they plan for life without the striker.

Suarez -- who scored a hat trick as Barca beat Real Madrid 5-1 last weekend -- will turn 32 in January, prompting the club to look to the future.

Paco Alcacer, the Uruguay international's understudy for the last two years, joined Borussia Dortmund on loan in the summer, and the Bundesliga club plan to take up an option to make the move permanent.

Munir El Haddadi is the only other natural striker in Ernesto Valverde's Barcelona squad, although he is out of contract at the end of the season.

Sources have told ESPN FC that although Barca's immediate priorities lie elsewhere in the transfer market, the search for a new centre-forward has begun.

"It's normal," Suarez, who has a contract until 2021, told Uruguay Sport 890 when asked about Barca looking for a replacement for him.

"First of all, at my age and with the career I have had, I have to be above any criticism. Now, when they say Barcelona need a new No. 9, there's nothing strange about it.

"Obviously they have to bring players in. I am 31 and Barca have to think, as a club, about the future. They're always going to need strikers, left-backs or whatever position it may be."

Suarez, who joined from Liverpool in 2014, has scored more than 150 goals for the La Liga champions but his form had been called into question at the start of this season.

He responded emphatically in last weekend's Clasico, scoring three times as Madrid were humbled at the Camp Nou.

Pick your eight-man team and compete in the Champions League, Premier League, La Liga or Liga MX, then go head-to-head in leagues against your friends or people around the world. Sign up for free!

How to play ESPN Fantasy Soccer

Your team will be made up of eight players, at four different positions: two forwards, three midfielders, two defenders, and a goalkeeper. Find out more here.

"With respect to the criticism, I'm happy when I help the team even if I am not scoring goals," said Suarez, who now has seven goals in his last 10 league games.

"When they said that I was fat and out of shape, that was after the Super Cup game against Seville. I'd started training on Tuesday and on Saturday we had the game.

"Obviously I was going to be slow and fat -- I'd just come back from a month off after the World Cup. After that, you slowly get your rhythm back."