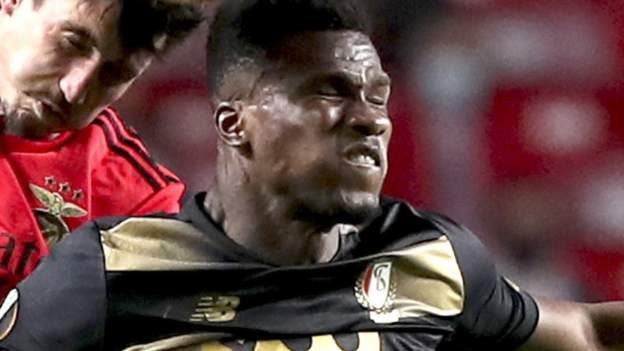 Barnsley have made their second summer signing by recruiting striker Obbi Oulare from Belgian top-flight side Standard Liege.

The 25-year-old Belgian arrives at Oakwell on a three-year contract.

He is the second striker to be signed by the Tykes, following the decision not to turn USA international Daryl Dike's loan into a permanent deal.

Oulare is the first signing made by new boss Markus Schopp, after Valerien Ismael left for West Bromwich Albion.

Barnsley's first summer acquisition was Motherwell striker Devante Cole, who arrived 16 days before Ismael departed to take over the Baggies.

Former Belgium youth international Oulare will be joining an English club for the second time, having signed for Watford as a 19-year-old in 2015.

The Tykes, beaten in the Championship play-offs by Swansea City in May, start the new season back in south Wales at Cardiff City on 7 August.