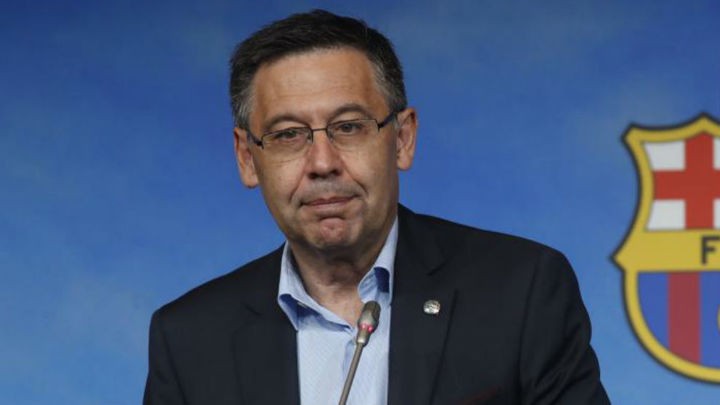 Josep Maria Bartomeu has spoken to the press about Barcelona's decision to fire Ernesto Valverde and hire Quique Setien.

The Barcelona president said he would have preferred for Valverde's sacking to have been handled smoother.

"I'd have liked things to have gone another way," he said at Setien's presentation.

"We spoke to other coaches and their names didn't come out.

"One name came out and it shouldn't have because these conversations should be discreet and they weren't."

Moving on, the president gave his reasons for making the switch.

"There were many calls for him to not continue last year and I always trusted in him," Bartomeu said of Valverde.

"I like him as a person and as a man of the club.

"But for some time we knew the dynamic of the team could be improved, even though results in the league and in the Champions League were good.

"We spoke about that with Valverde on several occasions since the summer.

"We also spoke to him in the past few days and told him things were improvable.

"Then, internally, we thought the best thing was to give the players a new impulse with a change of coach."

Finally, Bartomeu thanked Valverde for the way he gracefully departed by writing a letter.

"The letter shows what a great person he is," Bartomeu said.

"He has great values.

"He has left a lot here with this club and we owe him a lot of respect."