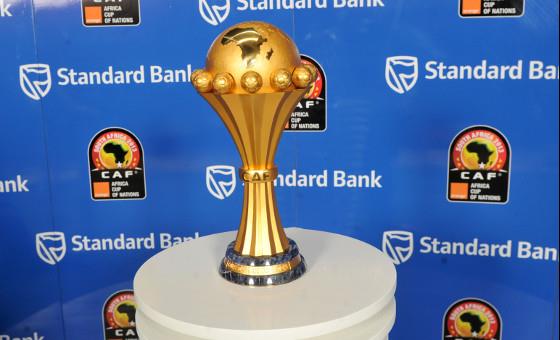 Fresh from a high-level refresher conference in Cairo last week, Africaâ€™s top football coaches plunge into battle, as the quest for a place at the 2015 African Nations Cup finals in Morocco resumes this weekend, with a number of gaffers in Southern African already feeling the heat.

The national team head coaches and Football Association (FAs) technical directors of all the Confederation of African Football members attended a two-day Fifa-funded seminar to review the 2014 Fifa World Cup and help them learn from the Brazil experience.

For the first time in the history of the Fifa World Cup, two African teams â€“ Nigeria and Algeria â€“ made it out of the group stages of the tournament with the gritty Desert Foxes only losing to eventual champions Germany in extra-time.

An African coach, Steve Keshi, also guided his team, the Super Eagles of Nigeria, beyond the group stages of the Fifa World Cup.

But, as has always been the case with African national teams, chaos stalked the campaigns of Cameroon and Ghana with the two countries being hit by unrest, among their players, over promises of bonuses that were not delivered by the FAs.

Ghana have appointed a Presidential Commission, led by Justice Senyo Dzamefe, to look into the unrest that hit the Black Stars camp leading to the revolt by players over bonuses and the expulsion of Sulley Muntari and Kevin Prince Boateng from camp.

Kwesi Appiah, who was the Black Starsâ€™ coach in Brazil before he was sacked after the World Cup, told the Justice Dzamefe Commission that players spent the night counting the US$100 000 payouts that had been handed to them, after Ghana sent US$3 million in cash, hours before they took on Portugal in a World Cup tie.

â€œMy Lord, I believe this also affected the performance of the team in the game against Portugal because it affected their concentration,â€ Appiah told the Presidential Commission.

â€œI think this issue about money had a psychological effect on the players. In football, you need total concentration and we lacked this during the game against Portugal.â€

The Black Stars ended their campaign without a win, just four years after coming within a successful penalty conversion of making history as the first African nation to reach the semi-finals of the World Cup, and Appiah was sacked.

But Justice Dzamefe, after hearing his testimony, said it was wrong to blame the coach for the disaster in Brazil.

â€œAs far as Iâ€™m concerned, no one can blame the coach for anything. The system failed him,â€ said Justice Dzamefe.

The Ghana FA technical director, Francis Oti Akenteng, who was in Cairo last week, conceded that the off-the-field issues had a terrible effect on the Black Starsâ€™ performance in Brazil.

He was backed by Cameroon coach, Volker Finke, who attended the Cairo conference after surviving the chop, despite the Indomitable Lions losing all their three World Cup matches in Brazil, and has rebuilt a team that has won its first two 2015 Nations Cup qualifiers, including an impressive victory over Cote dâ€™Ivoire.

â€œIf we want to move forward we have to professionalise everything around the team,â€ Finke said in comments published on the official CAF website.

Shakes Mashaba, who has enjoyed a flying start as coach of Bafana Bafana, takes his team to a tough assignment against Group A leaders Congo Brazzaville, who have won both their 2015 Nations Cup qualifiers.

But Honor Janza, the Zambian coach, is under intense pressure, ahead of the away tie against Niger, after picking just one point, at home against Mozambique, in two games and coming from a depressing away loss at the hands of Cape Verde, who lead Group F with maximum points.

Chipolopolo are bottom of the table, with Mozambique in third place in the group on two points after two draws in two matches, but Botswana, after losing both their matches.

The Pharaohs, too, have had a rough campaign and lost both their matches, which opens a window of hope for the Zebras.

Lesotho meets Angola, who are pointless after two games, in a Southern African derby while Malawi have a date against Algeria, Africaâ€™s number one ranked team.