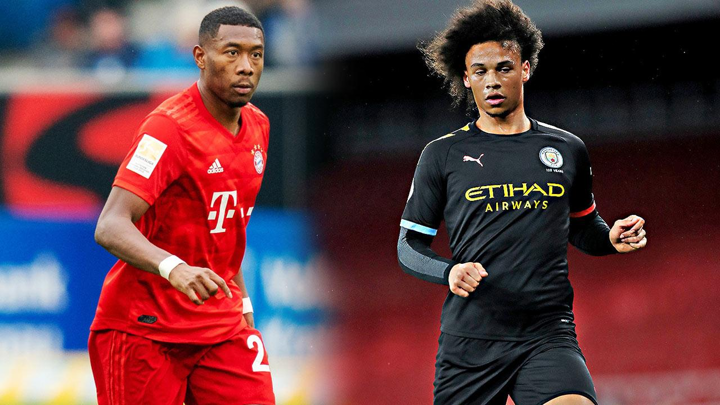 A David Alaba - Leroy Sane swap deal was being considered by both Bayern and Manchester City, according to Bild & Sport 1.

The reports said that Bayern presented the idea of a Sane-Alaba swap deal to Alaba's new agent Pini Zahavi. Zahavi then had talks with Man City. City wanted the deal, but Alaba did not.

David Alaba rejected a first contract offer from Bayern. Bayern bosses know that Alaba is considering leaving. Hansi Flick wants to keep him at all costs.

Agent Pini Zahavi is now representing Alaba in the talks with Hasan Salihamidzic.

According to earlier reports, Alaba wants Spain move if he doesn't extend at Bayern. England isn't an option for him. Real Madrid and Barcelona are reportedly interested in the Austrian.