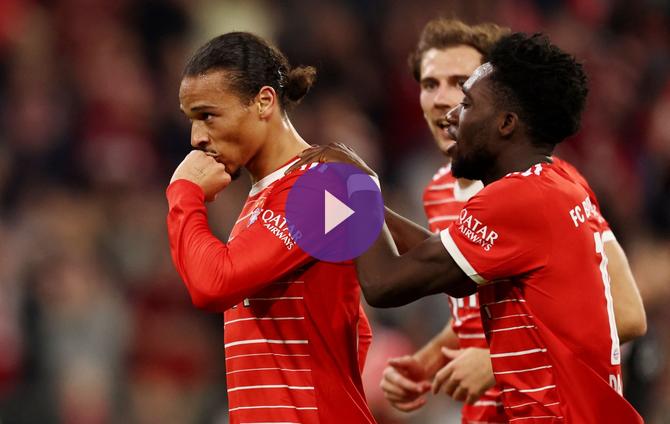 Champions Bayern are back on course, meanwhile, after they leapfrogged Freiburg into second with only their second win in seven league games.

"From the first second to the last today, we showed who is boss," said Bayern striker Eric-Maxim Choupo-Moting after his side rampaged to victory in Munich.

Freiburg started brightly but Bayern quickly took control of the game, Serge Gnabry putting them in front with a powerful header after just 13 minutes.

Choupo-Moting doubled the lead on the half-hour mark, with Leroy Sane picking up his second assist of the evening.

Sane got on the scoresheet himself just after half-time when he found the bottom corner with a thundering shot from the edge of the area.

Any faint hope for Freiburg was buried just two minutes later, when Sadio Mane sent a dainty chip over the head of goalkeeper Mark Flekken to make it 4-0.

Mane then produced a slick backheel to set up Marcel Sabitzer for Bayern's fifth late on.