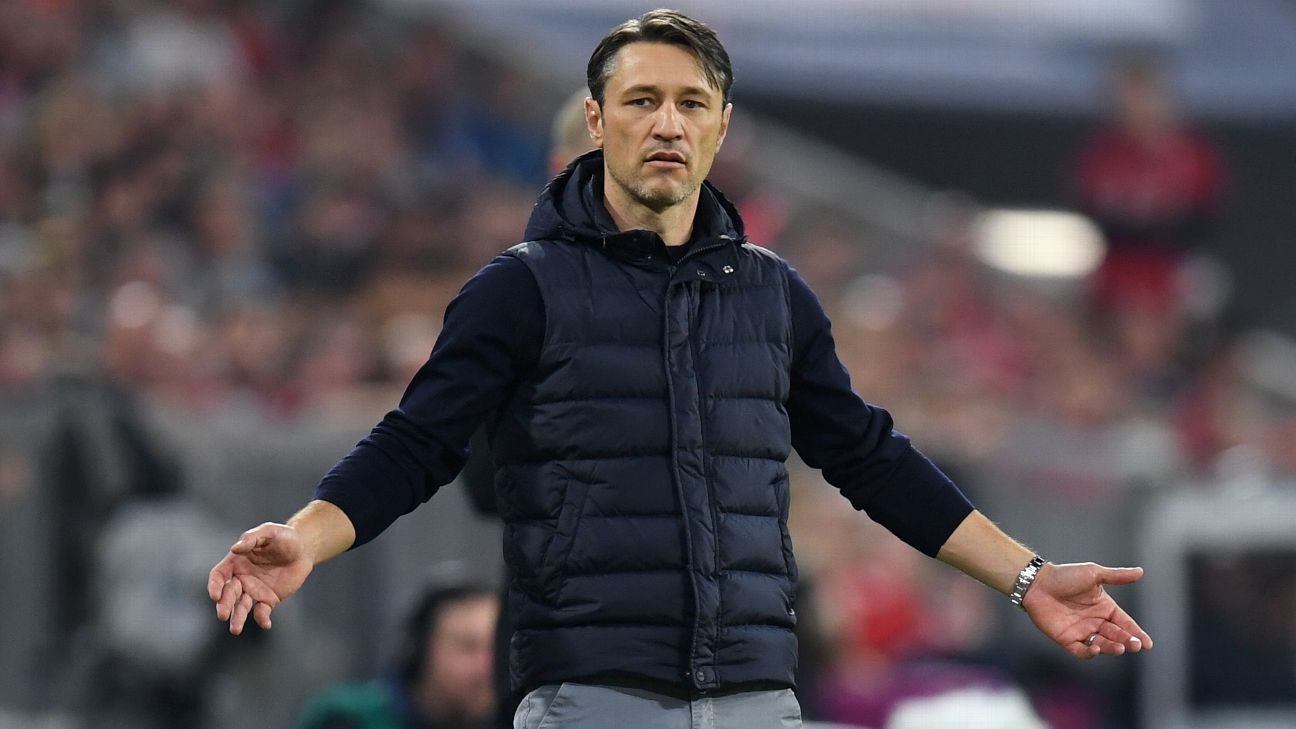 Bayern Munich went a man down early and had to battle until the end in their German Cup quarterfinal win against second-division Heidenheim.

Bayern Munich went a man down early and had to battle until the end in their German Cup quarterfinal win against second-division Heidenheim.

Niko Kovac has said his Bayern Munich team make him "mad" and criticised his side's defensive mentality ahead of Saturday's Bundesliga clash  with Borussia Dortmund.

Bayern warmed up for the top-of-the-table clash with Dortmund by narrowly avoiding one of the biggest upsets in German Cup history in Wednesday's 5-4 win over second-tier side FC Heidenheim.

At a prematch news conference before facing the Black and Yellows, Kovac said more than once he has not been happy with his players' attitude this season and urged them "to get to the point where they defend well. As an individual, a group, a team. You must want it even though you may be an artist.

"Of course, this makes me mad [the defensive mistakes]. But if I were to replace a player after every mistake, I'd hardly be able to field 11 players. Whoever makes decisions also makes mistakes. But it's not that. The question is: Do I want to defend or not, even if it's less fun than attacking?"

Bayern start the match two points behind Dortmund with seven matches remaining but with a defence that has come under criticism. Victory against Heidenheim was the ninth time Bayern had conceded more than once this season and they have already conceded 43 this term, compared to 45 in the whole of 2017-18.

"All players must have the will to defend, not only the defenders. You must be ready for it," Kovac said.

Dortmund could open a five-point gap on Bayern if they win at the Allianz Arena but, stating once again it's all about the right attitude, Kovac said: "That's why I don't have any worries for Saturday. We all know what's at stake."

After Saturday's match, Bayern defender Jerome Boateng is to host an event at a local nightclub and while sporting director Hasan Salihamidzic told reporters on Wednesday "all our focus should be on football," Kovac said: "Everyone can decide for himself what he does in his spare time.

"We should stop pointing the finger at someone. That's too much. We must calm down, I think this debate is unfair."

Dortmund coach Lucien Favre did not give much away ahead of the 100th Bundesliga meeting between the two German giants.

"There are seven matches left to be played. If we beat them, it's not over. If it's a draw, it's not over. If Bayern beat us, everything's open still," the Swiss coach said, adding that full-backs Abdou Diallo and Lukasz Piszczek as well as top scorer Paco Alcacer are facing a race against time to return to fitness for the match.