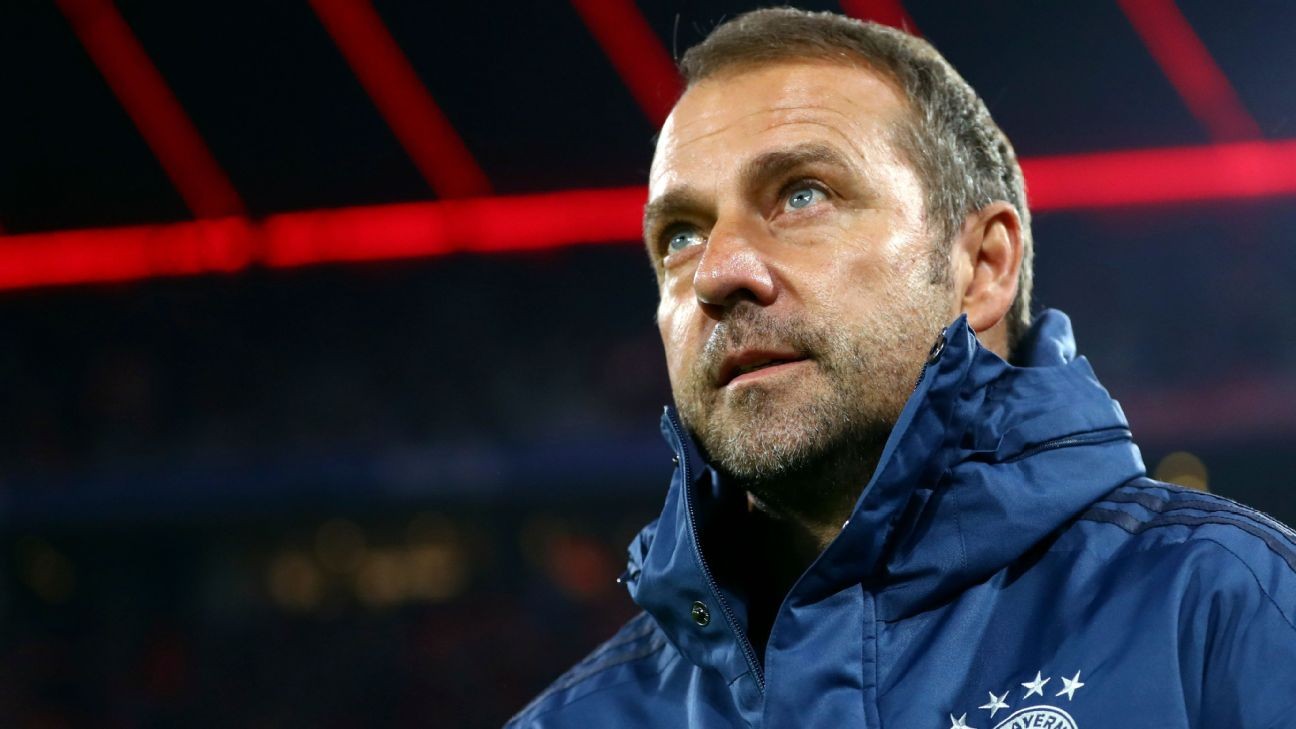 Hansi Flick will remain the manager at Bayern Munich through the 2022-2023 season, the club has announced.

- Stream episodes of ESPN FC Monday-Friday on ESPN+
- Stream every episode of 30 for 30: Soccer Stories on ESPN+

"FC Bayern and Hansi Flick are extending their cooperation. As a result of positive talks in a spirit of good faith, chairman Karl-Heinz Rummenigge, board member Oliver Kahn and sporting director Hasan Salihamidzic have agreed a contract extension with the head coach until 30 June 2023," the club said in a statement.

Flick, 54, was promoted following Niko Kovac's dismissal in early November. He was originally appointed for two matches but was named coach until the end of the season in late December.

Flick has taken charge of 21 matches for the Bundesliga giants, winning 18 and drawing just once.

"The club is very happy with Hansi Flick's work," Rummenigge said of the extension. "The team has developed under his leadership and we're playing attractive football, which is reflected in the results."

The Bundesliga is suspended due to the coronavirus outbreak.