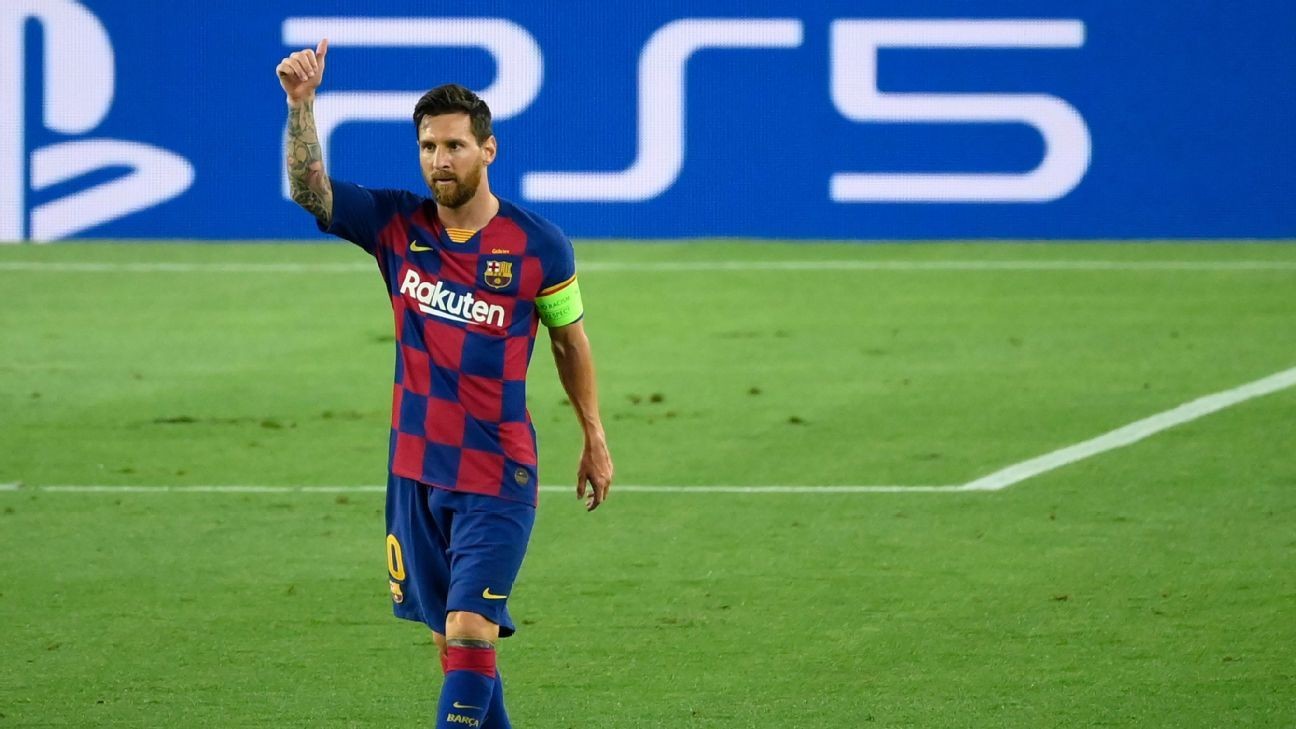 If history has its way, Bayern Munich will stick three or four unanswered goals past Barcelona on Friday evening and then go on to complete their second Treble by winning the Champions League just over a week later.

It's understandable, I guess, that by the time Barcelona even won the Champions League (in its old European Cup guise back in 1992), Madrid and Bayern had already lifted this trophy nine times between them. They'd also crossed swords, kicking, bullying and even stomping on each other across 13 two-legged ties: 26 red-hot matches in all.

RM (Madrid) vs. FCB (Barça) in Spain is El Clasico, but RM vs. FCB (FC Bayern) in Europe is definitely El Clasico Continental, no question. By comparison, it's pretty remarkable that Bayern and Barça have only gone head to head in UEFA competitions five times -- a mere four meetings in the Champions League. But the impact of each of those ties has been genuinely seismic, hence the idea that Friday's meeting might be too.

Bayern first spoiled the Barca party in 1996 when their 2-1 win at the Camp Nou in the UEFA Cup semifinal convinced Blaugrana president Josep Nunez to sack Johan Cruyff, which he duly did. It remains perhaps the worst decision in the history of the Catalan club and while Bayern weren't the root cause, they were the catalyst.

Even when they next met, two years later in the Champions League group stage, the impact was gigantic. The Bavarians, coached by the brilliant Ottmar Hitzfeld, comfortably beat Barcelona home and away, defeats that guaranteed Louis Van Gaal's side wouldn't qualify from a group also containing Manchester United. It also guaranteed that Barca's dream of reaching the Champions League final, which was to be played at Camp Nou in celebration of Catalan club's centenary, was shattered. (Oh, and it famously led to that last-second Manchester United defeat of Bayern.)

So: the running total so far: Bayern cause Barcelona to sack the greatest football mind there has ever been, then ensure that there was no chance of lifting the Cup With The Big Ears at Blaugrana HQ on the 100th anniversary of their birth. Not bad, Bavaria, not bad. It took over a decade for Lady Fate to fancy the Catalan-Bavarian mini-clasico again, but it had the same kind of era-defining impact.

Messi and his Barcelona teammates might seem like they're vulnerable to a heavy defeat vs. Bayern on Friday, but he tends to thrive in these high-pressure, backs-against-the-wall situations. LLUIS GENE/AFP via Getty Images

Barcelona were in the middle of their Pep Guardiola revolution and already en route to winning both La Liga and the Copa del Rey. Their 5-1 thrashing of Bayern, the home leg sealing the deal at the first time of asking thanks to a 4-0 (goals from Samuel Eto'o, Lionel Messi, Thierry Henry) dismantling of Jurgen Klinsmann's team, set Barca up to defeat Chelsea and Manchester United and become Spain's first Treble-winning side -- only Celtic, PSV, Ajax and Manchester United had previously achieved that fabled level.

You see the trend? The German FCB meets the Catalan FCB and big things happen, either in the moment or directly as a result of their clash.

It was the same story in 2013. Barcelona had ripped the La Liga title race to shreds, playing with verve and conviction under the late (and much-missed) Tito Vilanova. But his terrible illness -- twice that season, Vilanova had to hand the reins to Jordi Roura to take over so that he could get cancer treatment -- hurt everything about Barcelona's ability to prepare, mentally and physically, for meeting Jupp Heynckes' Bavarian FCB in the Champions League semifinal. They were first pressed (4-0) at the Allianz Arena, and then clinically picked apart (3-0) at Camp Nou. The hugely revered (and not largely changed) Barca squad, that had wowed the football world with their 2011 Champions League victory at Wembley and had then been within 47 minutes of reaching the final against 10-man Chelsea in 2012, were instead pummelled into their record competition defeat against Bayern.

By now, given the evidence and the flow of the argument, it should barely need starting that, of course, Bayern went on to win that competition that year and achieve an excelsior moment in their garlanded history, becoming the first German club to win the Treble, and only the sixth ever to achieve this epic feat.

play2:05Burley: It's a good time for Bayern to play Barcelona

Before the 2014 World Cup, I interviewed Xavi, mentioned the footballing disaster of the year before and, full of conviction, rather than bravado or bluff, he argued that: "It was an anomaly that we lost like that to Bayern: the scoreline doesn't tell the proper story of how the two squads measure up. It was the collision of a team in great physical and athletic shape with one that wasn't."

At the time, given the monumental embarrassment for Barcelona's tired, beleaguered playing staff, it took blind faith in Xavi's sincerity to consider taking that argument seriously. His words were given some weight and veracity just two years later when, rejuvenated and with Neymar and Luis Suarez supporting Messi, Barcelona gave one of their great modern performances to beat Pep Guardiola's Bayern 3-0 in the Champions League semifinal first leg -- with all the goals coming after the 77th minute.

It truly was an epic night. Bayern making man-to-man, trying to asphyxiate Luis Enrique's Barcelona, barely making a mistake all night until first, Juan Bernat did so, then Jerome Boateng added his inexplicable rag-doll collapse and the Messi-Neymar partnership ran riot. Neymar's two goals in Bavaria also meant that the power of Bayern's attempt to wrest back control of the tie was brave and beautiful, but futile.

Again, just for the record, the meeting of Barcelona and Bayern led to the winner of those ties not only winning the Champions League (as in 2009 and 2013), but clinching the Treble, too. Hence my opening point. If there's one athletically superb team going into this tie, packed with talent, that can win a Treble this season and with attractive momentum given their recent propensity for scoring seven times against English rivals, it's patently not Barcelona.

Another thing history dictates is that every time these two have met in a Champions League knockout tie, one or the other has won one of those legs by three clear goals or more. Again, that won't be Barcelona this time. They simply aren't capable.

On the "compare and contrast" test, Bayern are a model for how, and why, you can change coach mid-term and not only get it right, but achieve a huge boost of confidence, organisation, conviction and playing power from it. The removal of Niko Kovac, with Hansi Flick now his long-term, permanent replacement, addressed significant problems with things like morale and playing style, hitting the bullseye each time. Now Bayern, utterly invigorated, are on the verge of becoming only the second club after Barca to win the Treble twice.

It's a patent truth that Messi & Co. deeply desire the Champions League. It's not just the prestige, either; it's because they've failed to conquer Europe at all in five years, during which Madrid have made everyone kneel, and because some of them are running out of opportunities to do so.

If desire alone was sufficient to win Friday's match, along with two more 90-minute contests in Lisbon, then Messi could already be planning how to lift the cup and what speech to give. But that's not enough. Perhaps, just perhaps, Barcelona have one of their most remarkable modern performances up their collective sleeves -- and there's no denying that football is jam-packed with the most remarkable surprises and human stories -- but the evidence says no. Loudly.

This won't be a 7-0 defeat like in 2013, not least because that was over two matches. It looks and feels, particularly athletically, like Bayern have too potent a combination of skill, aggression, physical power, speed and stamina. But before you say it, yes -- we must take Messi's genius into account.

Can he really drag Barcelona through what should be a no-win, no-way tie? Watch and find out.