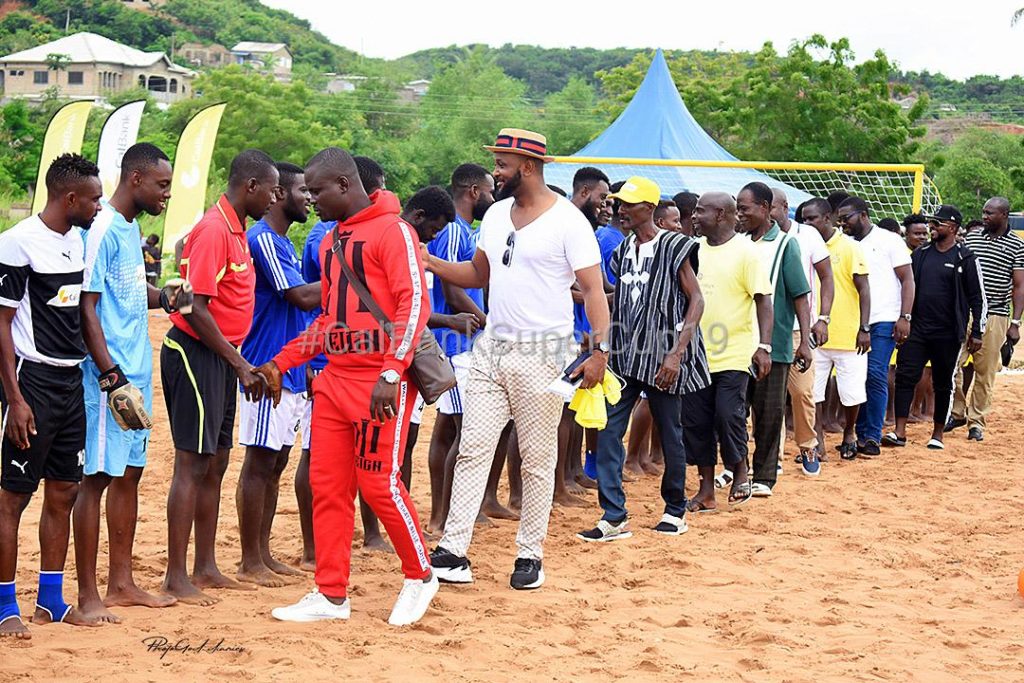 The 2019 CalBank Beach Soccer Super League has kicked off in the fishing town of Abuesi in the Western region of Ghana.

After an elimination preliminary round, four teams representing the top four beach soccer playing districts locked horns on Saturday October 19th as the action produced a total of 36 goals on day one.

The hosts, Shama Bsc kicked off with a gritty 6-4 victory over Jomoro

before walloping Nzema East 8-1 in their second game of the day.

Ellembele also produced a solid performance with a 6-2 win over Nzema East.

However Ellembele went down to Jomoro bsc as they were thrashed 7-2 .

The novel league format attracted one of the best turnouts for a beach soccer opening day from kick off to the final whistle.

Host team shama continued their impressive run when they routed Ellembele 9-4 on the second day to qualify for the finals with 9 points and 14 goals.

Jomoro on the other hand placed second on goal difference to Ellembele and Nzema East respectively as they all finished with 3 points each.

The tournament had some outstanding performances as Gabriel Assilfi of Shama bsc topped the goal chart with 9 goals to earn the most valuable player of the tournament (MVP).

Razak Ibrahim of Jomoro bsc who was also enterprising place second on the goal chart with 6 goals.

Best goalkeeper of the tournament went Emmanuel Abban of Shama bsc who conceded only 7 goals through out the entire competition.

Meanwhile, the competition has recorded an impressive total of 52 goals.