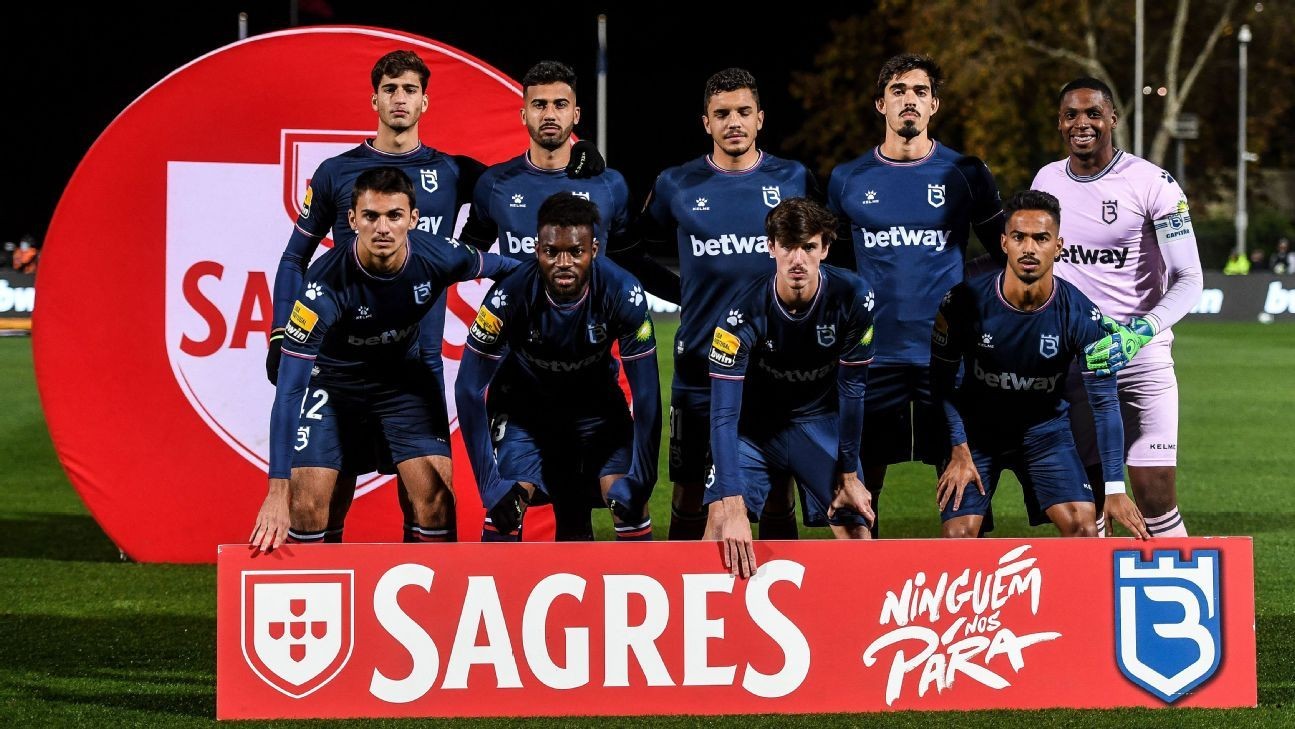 Belenenses players line up before their match against Benfica. Patricia De Melo Moreira/AFP via Getty Images

Belenenses have asked the Portuguese league for their game against Benfica to be played again in order to clean a "dark page" in the country's football.

The Primeira Liga game at the Jamor stadium was abandoned three minutes into the second half on Saturday with Belenenses trailing, 7-0, and not having the minimum seven players that are required on the pitch.

The Portuguese League has opened an investigation into the matter which it said has left an "extremely negative image" for the country's top football competition.

The league has been heavily criticised for allowing the 12th round match to go ahead because a COVID outbreak that had ruled 17 Belenenses players out.

Asked about their request for the game to be played again, Belenenses president Rui Pedro Soares said: "I hope it does happen. It's the only way to start cleaning this dark page. It is also necessary to ensure the conditions so that this does not happen again."

On Monday, Portugal health secretary Graca Freitas announced that 13 cases of the Omicron coronavirus variant are among Belenenses players and staff, and that one of those players had recently returned from South Africa. The diagnoses were made after the Lisbon club played Saturday's game.

The league claimed in a statement that their delegate did suggest postponing the game during a pre-game meeting but that possibility was rejected by both club delegates.

However, Belenenses have threatened to take legal action against the league over that claim which they consider to be "a lie."

"The report is a lie, it's profoundly undignified," Belenenses supremo Soares said. "It is false and we are going to file a criminal case.

"It is not within Belenenses power to ask for the game to be postponed. I had players with a variant that made oil drop 10%, stocks plummeted. A third of the cases of the new variant in Europe are ours."

Benfica said in a statement that it "deeply regrets having been involved, without any responsibility whatsoever, in one of the saddest episodes in the history of Portuguese football. It added: "Benfica calmly awaits the conclusion of the disciplinary process and will abide by the decisions taken by the competent authorities."