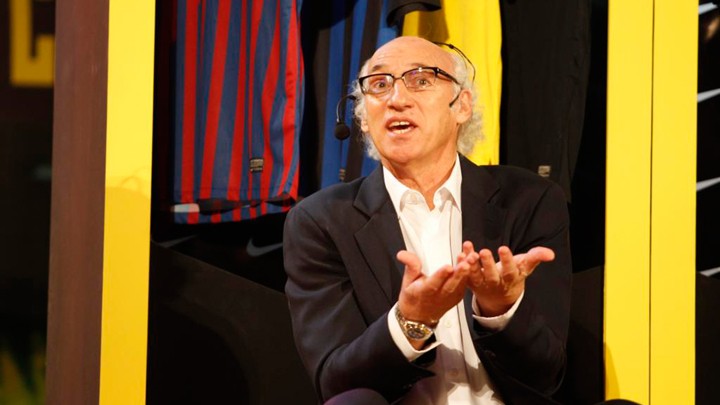 Carlos Bianchi has suggested that Barcelona depend too much on Lionel Messi to have success in LaLiga Santander and in Europe.

"You can see it in LaLiga, where they're third, five points off Atletico Madrid, who have just lost to Chelsea in the Champions League too."

"The result [against PSG} didn't surprise me. PSG had a great game, yes, but Barcelona are at the mercy of what Messi does."

Kylian Mbappe netted a hat-trick in that first leg at the Camp Nou, so why was it so easy for him against Barcelona?

"The defence," Bianchi said. "Mbappe up against [Sergino] Dest, who is barely an international.

"Then, is [Clement] Lenglet a great centre-half? [Gerard] Pique hadn't played for three months... If Barcelona play the same team in the second leg, PSG could score five or six goals."

Messi is out of contract at the Camp Nou this summer, with PSG one of the clubs linked with signing him.

"I don't know what's going to happen," Bianchi admitted. "But I want to see him play. He entertains me.

"He's older but he's still capable of dribbling through the entire team in some games. He's still an incredible player at 33 years old, like Cristiano Ronaldo or [Zlatan] Ibrahimovic. They're unique."

During his interview with Le Parisien, Bianchi was asked to compare PSG's Mbappe to Borussia Dortmund's Erling Haaland.

"They're strong but different," Bianchi replied.

"Haaland is more of a goalscorer than Kylian, but Kylian will be the best in the world in two or three years' time.

"He's more than a goalscorer. For me, he needs to evolve in a team that dominates [the ball] less.I don't think Manchester City would be the right place for him - they have too much of the ball.

"Ultimately, he wouldn't have enough space to run in the final third."