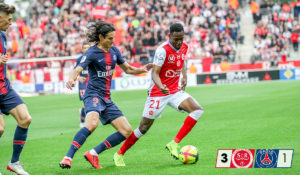 Inter Milan, Ajax and Fiorentina are fighting out for the signature of Ghana and Chelsea defender Baba Rahman

There is the growing feeling that Baba Rahman’s future lies outside Stamford Bridge with the player refusing to sign a contract extension at Chelsea.

Spanish newspaper AS has reported that former Chelsea manager Antonio Conte has been in contact with the player and see him as idle for his left wing back position. The player himself is interested in trying out the Italian League having played in England, Germany and Italy.

Baba performed well in the Africa Cup and, after having two loans in a row ( Schalke 04 and Reims ) concerns over the state of his knee has been answered positively.

Ajax are in the market for a left back and view the Ghanaian as a cheap valuable option with his experience of playing at the highest level.

Fiorentina who complete the circle have just signed Baba’s country man Kevin Prince Boateng and are looking to add the 24-year-old in an already exciting team.

He is a player who is physically imposing and easy to reach the attack, but has had little success at Stamford Bridge due to little opportunities.