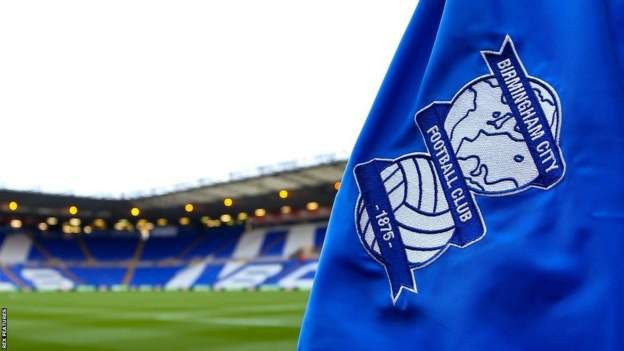 Birmingham City have issued a statement to say that the Championship club's future is under discussion with regard to a "proposed investment deal".

For legal reasons, the prospective investor is not yet being named.

The club say the potential investment involves both their St Andrew's stadium and a shareholding in the club.

Blues are not up for sale but had an offer last summer from a consortium led by local businessman Paul Richardson and ex-Barcelona striker Maxi Lopez.

After several months of due diligence Richardson and Lopez pulled out of their four-month long bid in early December.

Richardson has since said publicly that he would welcome further dialogue - but there was also reported interest from more than one other interested party. The Blues statement also does not make it clear whether the talks involve a new or existing bidder.

"Due diligence is currently being undertaken by the prospective investor," the statement said.

Going into Saturday's FA Cup fourth round tie at fellow Championship side Blackburn Rovers, John Eustace's Blues side have suffered a post-Christmas wobble.

They have lost their last five league games to plummet to 19th in the Championship - just six points clear of trouble. And they have so far made just two signings in the January window.

The Championship club have been owned by China-based Birmingham Sports Holdings Limited since 2016.