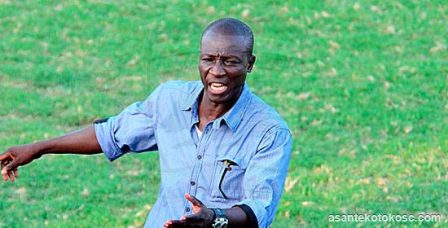 Dramani Mas-Ud Didi has resigned as head coach of the Black Queens to join high-flying Danish SuperLiga side FC Nordsjælland, according to the technical director of the Ghana Football Association.

According to the technical director of the nation's football governing body, Oti Akenteng, the former Asante Kotoko trainer stepped down from his position last week to join FC Nordsjælland, where he will deputize coach Kasper Hjulmand.

“Didi Dramani has resigned from his post to take up a coaching job in Denmark, the club is FC Nordsjælland,” Akenteng revealed to Happy FM.

“He will be assistant coach at the first team for the next two years, he is taking over from Otto Addo who has returned to Germany.”

When asked who will be taking over from Dramani, Akenteng said, “We held a meeting on Wednesday but a decision is yet to be taken.”

FC Nordsjælland will be the second top-flight club Dramani will be coaching after Asante Kotoko.