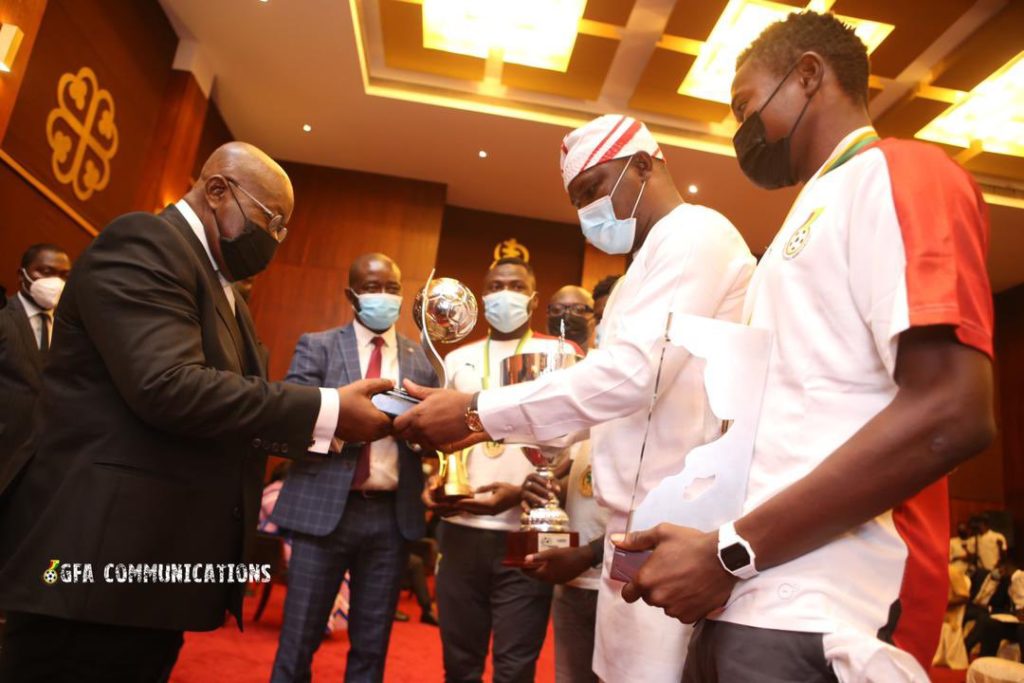 Players of the national U-20 team, the Black Satellites will receive $10,000 each as reward for winning the just ended Africa U-20 Cup of Nations.

President of the country, Nana Akufo Addo promised the players the reward after meeting the team and officials at the jubilee house on Tuesday evening.

“The country is very proud of your achievement, we have a package for you which I’m sure the Minister, the GFA President, and your team leaders talked to you about, which will enable you to atleast receive the gratitude of the nation, it is a token but it is something to tell you how happy Ghanaians are with what you have done,” said the President.

“Each one of the team is receiving $10,000 from Government – the rest, everybody is going to receive $5,000 as an expression of our appreciation,” he added.

The players will first receive $5000 in cash with the rest in the form of a ten year investment from government.

“Altogether is $330,000 is what the people of Ghana are given to you to express their gratitude and appreciation for what you have done,” the President explained.

Meanwhile, the President has decided to personally reward the Danlad Ibrahim for emerging goalkeeper of the tournament, Fatawu Issahaku as the player of the competition, the captain Daniel Afriyie and coach Karim Zito. He promised an amount of $5000 each.

“I have also to do something personal, the $330,000 is from the people of Ghana, but myself personally, for the captain, the best player, best goalkeeper, I’m giving you $5,000 each and I can’t leave out coach Zito, so I’m giving him too $5,000,”said the President.