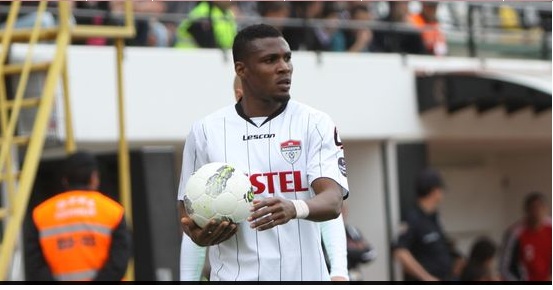 The 24-year-old centre-back signed a three-year deal with the top-flight side from relegated Manisaspor.

A statement on Manisaspor's website read: "The club have reached an agreement with Eskisehirspor over the transfer of professional footballer Jerry Akaminko.

"The club will like to thank Akaminko for his services and we wish him success in his career."

Akaminko has spent four seasons in Turkey with his first club being Orduspor in the Turkish second-tier.

In June, he scored on his Ghana debut in the 7-0 win over Lesotho at the Baba Yara Stadium in a 2014 FIFA World Cup qualifier.