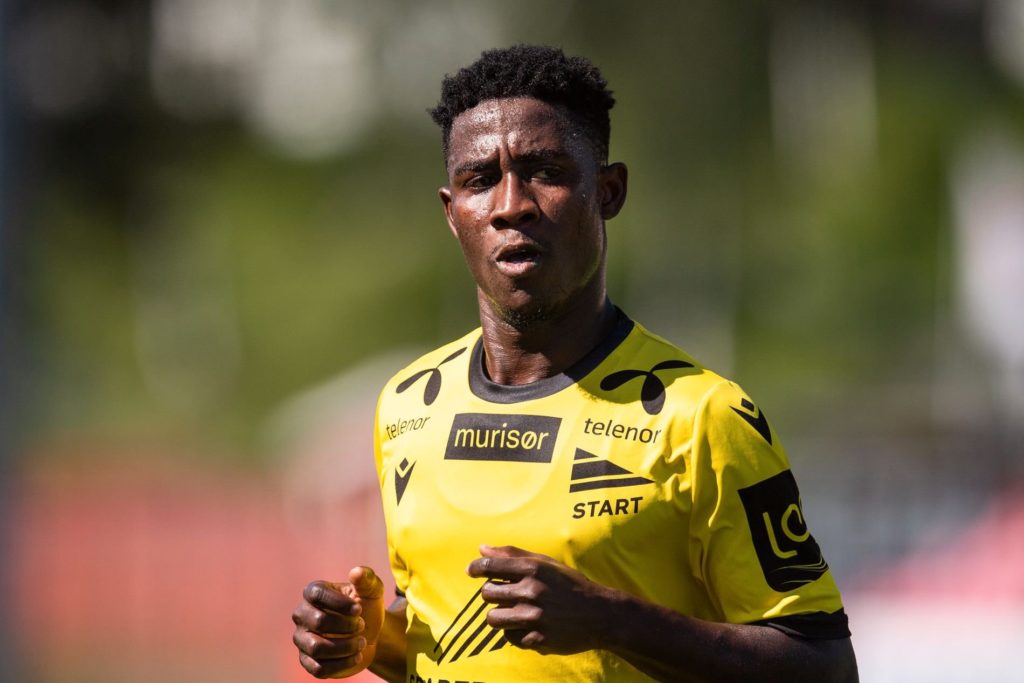 IK Start FC midfielder Isaac Twum has said a national team call-up is not his topmost priority at the moment as he looks to help his club to avoid relegation from the Norwegian league.

Start are currently sitting at the 15th position on the league standings, one place ahead of the bottom with two points from safety.

They have managed only 12 points from 15 games with 15 more games left before the season ends.

The former Ghana U17 and U20 star says he is keen on retaining the Norwegian top-flight status with his club than a Black Stars invitation.

"Right now my attention is not on the Black Stars because my team is struggling and could suffer relegation. So I want to help my club escape relegation this season and it is possible," he told Bryt FM in Koforidua.

"It will worry me if my club is demoted, we are not determined to get the team out there. Helping my club out of relegation is my priority now rather than thinking about Black Stars call-up."

Twum, 22, earned his first senior call-up after leading the Black Stars 'B' as captain to clinch the 2017 WAFU Cup of Nations in Cape Coast.