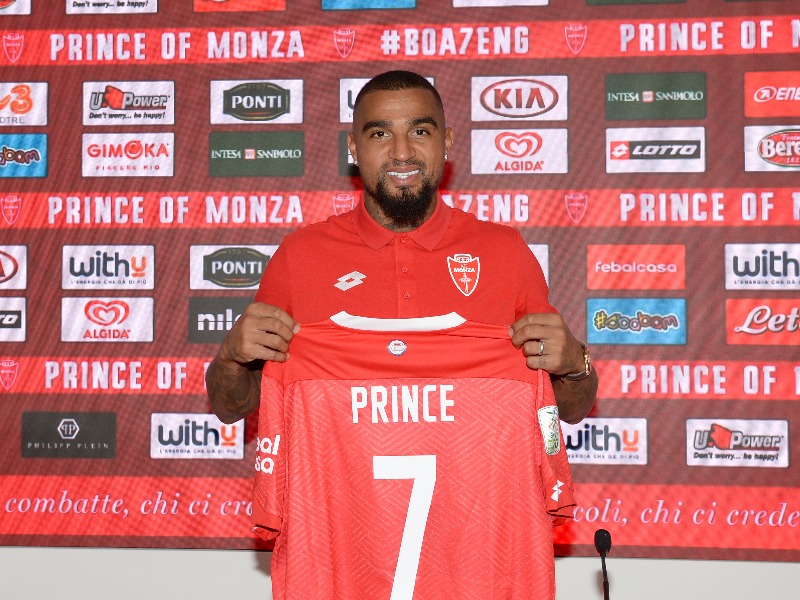 Kevin-Prince Boateng has been allocated the No.7 shirt at AC Monza after his surprise transfer to the second-tier club.

This was revealed at his official unveiling on Wednesday, two days after signing the contract.

The 33-year-old has reunited with his former AC Milan boss Silvio Berlusconi, who is the owner of the club.

Boateng is excited about the challenge and ready to assist the club to achieve their target.

The club has set sights on qualifying for Italian top-flight this season after they impressively qualified to the Serie B last season.

The Ghanaian attacker has signed a one-year deal from Serie A outfit Fiorentina.

The deal includes an option for an extension if Monza secures top-flight football.