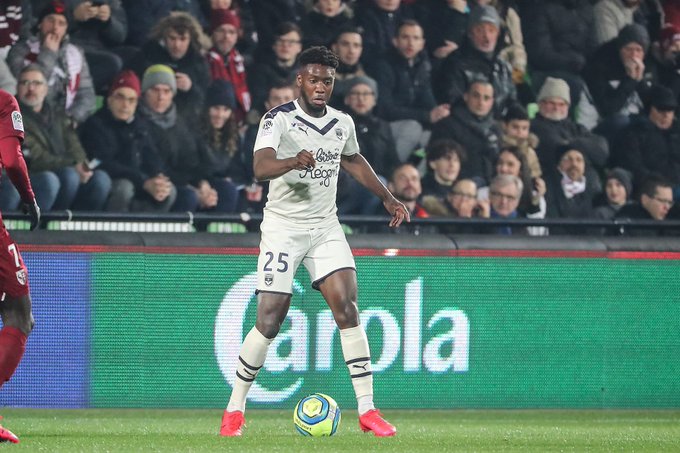 French born Ghanaian defender Enock Kwateng has lauded his Bordeaux teammates character after coming from behind to beat Metz on Sunday in the French Ligue 1.

Bordeaux were down after just two minutes when Ibrahima Niane scored for the home side, but a second half comeback saw the Navy Blue and Whites claim all three points in their 2-1 victory.

"Nice reaction from all the team!," the 22-year old posted on Twitter.

Kwateng had to be replaced after just 20 minutes following a knock he picked in the game.

The former FC Nantes defender was given full support from the fans who went on social media to wish him a speedy recovery.

"Thank you all for your support and your messages! Hope it's nothing serious. Go Bordeaux," he added.

It is yet to be determined the extent of Kwateng's injury but the Ghanaian hope it's not serious.