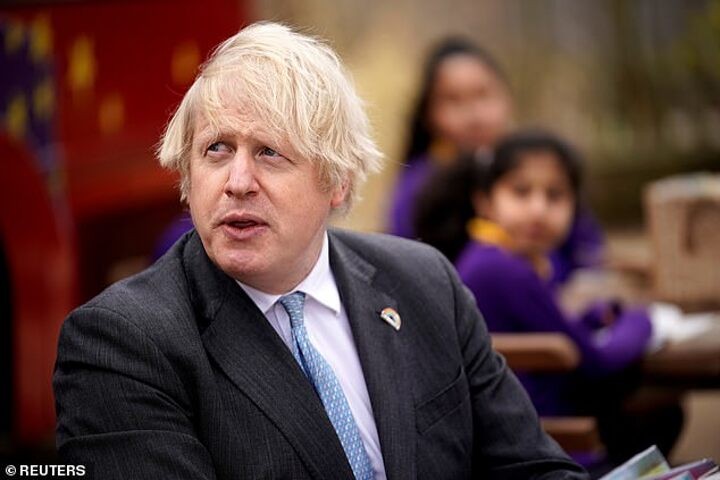 Prime Minister Boris Johnson has offered to host every European Championship game in Britain as the UK's vaccine rollout continues to excel.

The UK hit the milestone of vaccinating 20million people over the weekend in a bid to protect the most vulnerable and come out of its third lockdown - and England have now expanded the scheme to officially invite everyone aged 60 or over to come forward.

With the rollout exceeding expectations, supporters are expected to return to stadiums from May 17 as part of the Prime Minister's roadmap to a normal life, and Mr Johnson said he would happy for grounds to be used for not only the semi-finals and final of the Euros in July, but the entire competition.

However, it is believed the UEFA president Aleksander Ceferin favours scrapping that plan for a single host due to the current restriction amid the pandemic.

As it stands, Wembley is due to stage seven matches including both semi-finals and the final. However, Johnson has since offered to host all of the remaining fixtures.

The Prime Minister told The Sun that tournament could come to the UK this summer as the country surges ahead of the EU in the race to dish out vaccines. 'We are hosting the Euros. We are hosting the semis and the final,' he said.

'If they want any other matches that they want hosted, we're certainly on for that but at the moment that's where we are with UEFA.'

Culture Secretary Oliver Dowden has also told UEFA that progress on vaccinations means the UK will have crowds back in stadiums before most of Europe - with the end of May their target.

Chancellor Rishi Sunak has also outlined his plan to fund the UK and Ireland's joint-bid to host the 2030 World Cup in Tuesday's Budget.

Speaking about their upcoming bid, Johnson said: 'We are very, very keen to bring football home in 2030. I do think it's the right place.

'It's the home of football, it's the right time. It will be an absolutely wonderful thing for the country.'

It is believed Sunak will be looking to invest £2.8m to promote the UK and Ireland’s pitch to FIFA to host the World Cup in nine years’ time.

The UK and Ireland will face competition from Morocco – who may receive help from Algeria and Tunisia – and Uruguay, who will join forces with Argentina, Paraguay and Chile.

Romania, Greece, Bulgaria and Serbia are also planning a bid, while it is likely Spain and Portugal will propose a joint-bid.

Cameroon, Egypt, Colombia, Ecuador and Peru have also shown interest in presenting a bid to UEFA, but have not yet confirmed their plans.