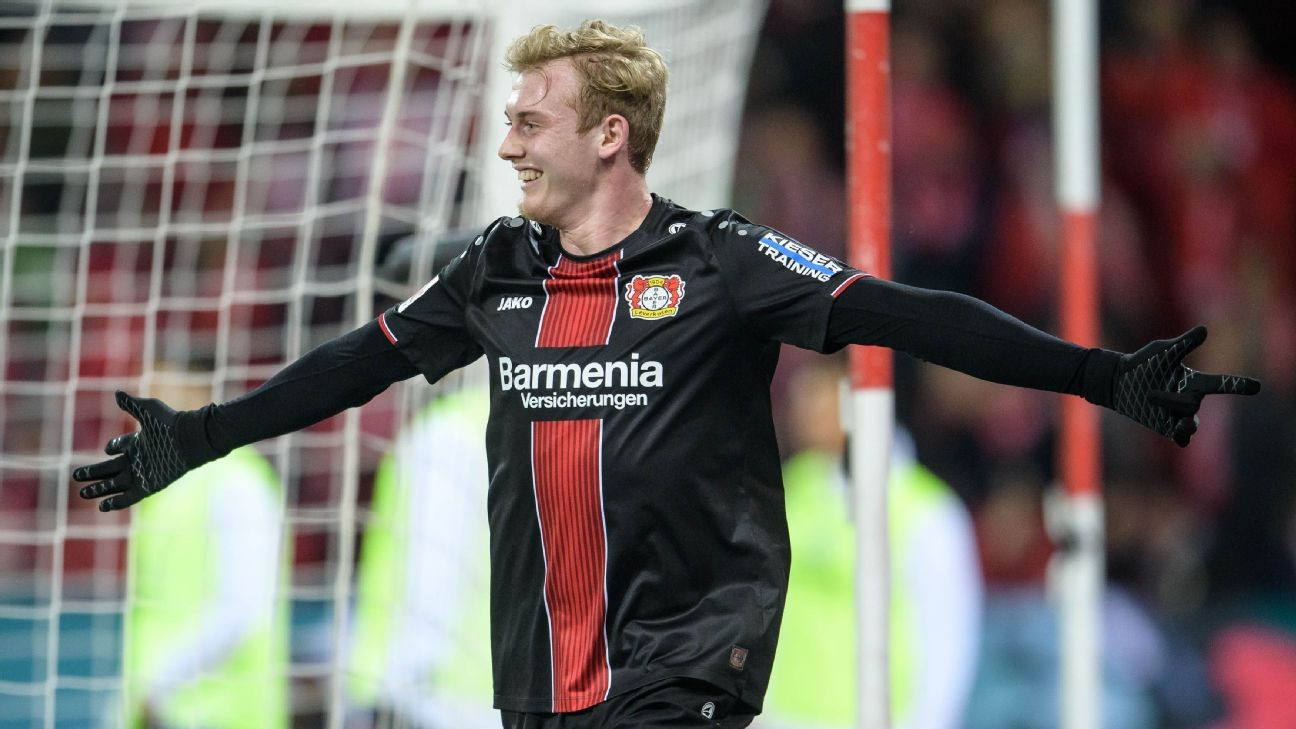 Borussia Dortmund have completed the signing of Germany international Julian Brandt from Bayer Leverkusen for a transfer fee of €25 million.

Linked with Arsenal, Tottenham, Liverpool and Atletico Madrid, Brandt opted to remain in the Bundesliga and join Dortmund, who triggered a release clause in his contract.

"I am someone who sometimes follows his gut feeling," Brandt said. "And I have a very good feeling with Borussia Dortmund. I want to continue my personal development.

"That's one of the main reasons for the transfer. BVB just narrowly missed out on the title last season. There's room for improvement. I am hoping for great things here."

Brandt, 23, has already made 215 appearances in all competitions for Leverkusen, the club he joined from Wolfsburg in January 2014. In that time he has scored 42 goals and set up a further 51.

The midfielder, who has won 24 caps for Germany, played a key role in helping Leverkusen qualify for the Champions League under coach Peter Bosz, who moved him into a central role in the second half of the season.

"Even though Julian has played in Bundesliga for such a long time and has a lot of experience both on an international and national level, at 23, he is still a young pro with a lot of potential to develop further," Dortmund sporting director Michael Zorc said.

"He's a versatile attacking player and will enrichen our game."

He becomes Dortmund's third signing of the summer following the arrivals of Germany left-back Nico Schulz from Hoffenheim and Belgium international Thorgan Hazard from Borussia Monchengladbach.

Bundesliga runners-up Dortmund said they finally want to break Bayern Munich's seven-year-long dominance of German football next term and are also closing in on the transfer of Barcelona defender Mateu Morey.