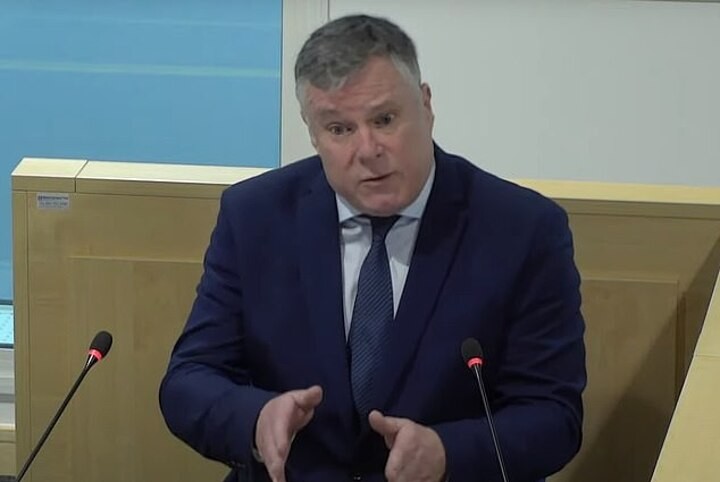 Bosses of a security firm heavily criticised at the Manchester Arena inquiry were awarded pay rises of more than 40 per cent in the three years after the disaster.

Directors of private security firm Showsec – which has stewarding contracts for music concerts, Premier League grounds, music festivals and public events – were also in line to receive dividends worth more than £50,000 each.

Meanwhile, the company paid out £2.6 million in dividends in 2017, 2018 and 2019. It did not pay any dividends last year due to the pandemic halving turnover.

Showsec is 94 per cent owned by a Dutch subsidiary of US concert firm Live Nation Inc. Mr Harding, Mr Logan and Mr Battersby each own 2 per cent of the company, meaning they were in line to receive dividends of £52,000 each.

Showsec was accused by the inquiry of being interested only in making ‘excuses’ and trying to keep ‘themselves out of the blame’ for the deaths of 22 people in the 2017 atrocity.

Nick de la Poer QC, for the inquiry, accused the company of a ‘degree of complacency’ over its approach to counter-terrorism, after ‘grossly underestimating’ the risk.

John Cooper QC, representing some of the victims’ families, accused Showsec of putting together ‘nothing more than a list of excuses’ in the days after the attack.

Robby Potter, who survived being blasted through the heart with shrapnel, said Showsec was a ‘cowboy’ operation. He added: ‘If they were working on a building site, the foreman would have kicked them off – and that’s what should happen. We have never received anything from them asking if we’re all right or if there’s anything they could do to help.

‘If that was me, I couldn’t take that money. I’d put all the money into helping make sure it never happens again, or they should give it to charity or to help the families of those killed or injured.’

Showsec, which had the contract for stewarding at the arena, did not have enough staff on duty and they were not properly trained, the public inquiry has heard. Parts of the counter-terrorism training for security staff at the arena had been lifted from Wikipedia.

Only 7 per cent of the staff on duty on the night of the attack had received training from the National Counter-Terrorism and Security Office. The inquiry also heard that Showsec realised that its briefings to staff were inadequate seven months before the bombings.

Speaking at his home in Bury, Mr Logan said he did not wish to comment about directors’ pay and dividends.

Mr Harding, of Leicester, and Mr Battersby, of Derby, were unavailable for comment.

The company has not replied to requests for comment.