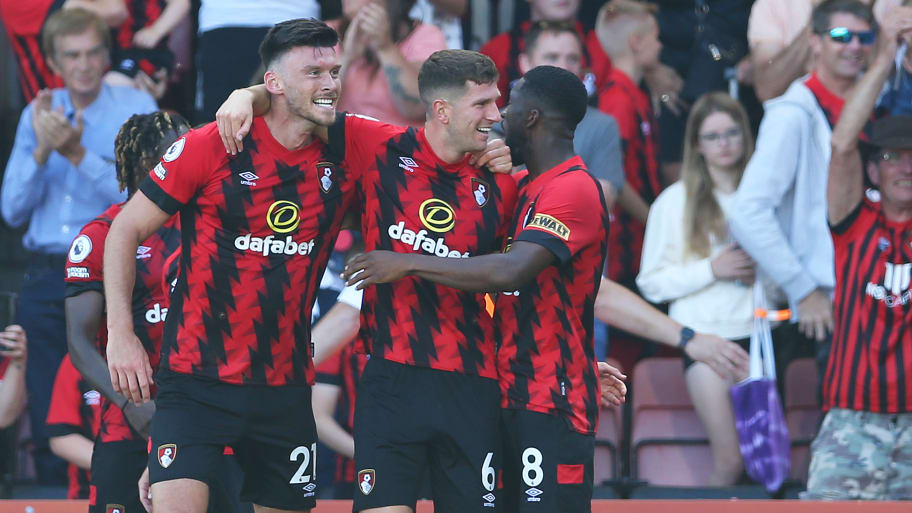 Bournemouth marked their return to the Premier League with a 2-0 win over Aston Villa secured with early and late goals at the Vitality Stadium.

This was a repeat of the opening day fixture the last time Bournemouth were newly promoted to the Premier League in August 2015. The Cherries were the better side that day but Villa, who finished the season bottom of the table, took all three points won that day thanks to a late Rudy Gestede goal.

This time, Bournemouth got the job done, starting when Jefferson Lerma fired in from eight yards out with just two minutes on the clock after Villa failed to clear a corner.

Villa went on to dominate possession overall and peppered shots at the home side’s goal without getting more than a couple of attempts on target.

Bournemouth had fewer than half of the efforts but made the most of their chances, putting more on target and doubling their lead with 10 minutes to go when Kieffer Moore marked his Premier League debut with a goal.

Lloyd Kelly looped the ball into the box and Moore powered a header back across the goal. The Welsh striker has spent most of his career in the Championship and in non-league, with his only previous top flight experience coming during a spell in Norway in 2015.

But Moore, who will turn 30 on Monday, has had a good record in the second tier in recent seasons and has proven himself at international level with Wales since 2019.

Bournemouth won’t be able to rest on their laurels, as they face Manchester City next weekend, before games against Arsenal and Liverpool in quick succession soon after. Aston Villa will play their opening home game of the new season when Everton visit Villa Park on Saturday.

This article was originally published on 90min as Bournemouth 2-0 Aston Villa: Cherries mark Premier League return with a win.