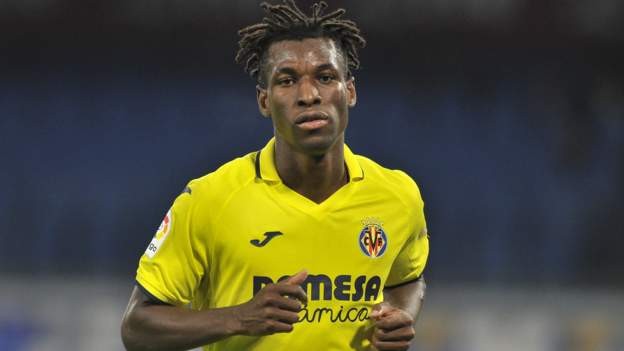 Jackson, who can play across the front three, has scored three goals in 24 games in all competitions this season.

The 21-year-old is set to become Bournemouth's second signing of the January window after Dango Ouattara's £20m move from French side Lorient.

The Cherries are 18th in the Premier League after Saturday's draw against Nottingham Forest.

Jackson began his career with Senegalese side Casa Sports before joining Villarreal in 2019, initially playing for the club's B team before making his senior debut in October 2021.

He made his international debut as a substitute against the Netherlands at the World Cup in November.

American businessman Bill Foley, who completed his takeover of Bournemouth last month, has pledged to strengthen boss Gary O'Neil's squad in an attempt to guide them away from the relegation zone.