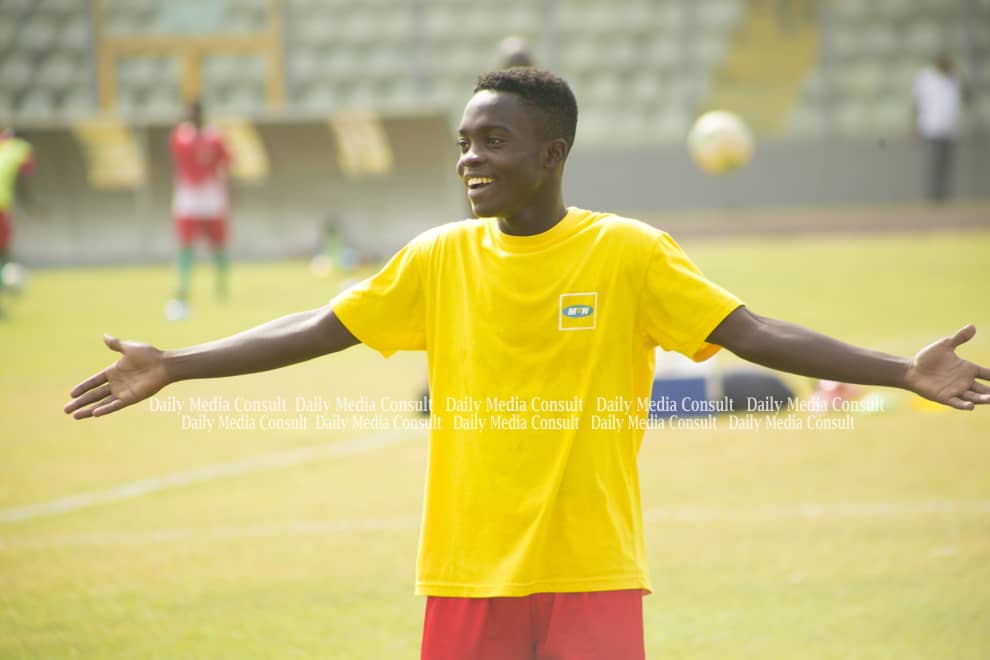 Asante Kotoko young sensation Matthew Anim Cudjoe has thrown a gargantuan challenge to coach Charles Akonnor to call him into the Black Stars - dismissing claims about his young age.

The 17-year-old wonderkid says he is mentally fortified to represent the country at the top level.

The hugely-talented midfielder has been sensational since he joined Ghanaian giants Asante Kotoko where he electrified the crowd during the suspended Premier League.

The former Ghana Under-20 midfielder says he's ready to play for the Black Stars - throwing a big challenge to the Ghanaian gaffer Charles Akonnor.

" I have played for the Under-20 before and I did very well. I am ready to play for the Black Stars," he told Asempa FM

"It's not about age. It's about mentality. I know they will call me. I want him (C.K Akonnor) to call me. I have confidence that he will call me to play for the Black Stars."

Anim Cudjoe has been hugely credited for his positive mentality since he broke into the limelight.

He has been tipped for greatness after an explosive time with the Porcupine Warriors.