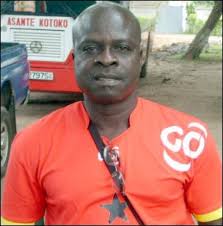 The feared striker, who is among the few players to have played for both arch rivals Kumasi Asante Kotoko and Hearts of Oak, passed away with family members present.

The 1978 Africa Cup of Nations winner had his final breath in his hometown of Kumasi after serving Ghana football in various capacities as a footballer and an administrator.

The cause of his death remains unknown as family members have kept the information close to their chest.

Opoku Afriyie scored both goals for Ghana in the final of the 1978 Africa Cup of Nations as the Black Stars defeated Uganda to lift the trophy on home ground.

He was the joint top scorer of the competition with three goals along with Nigeria's Segun Odegbami and Philip Omondi of Uganda.

He also won the top scorer award of the Ghana Premier League two times which made him one feared attackers on the continent of Africa despite his diminutive figure.

He played for Asante Kotoko for several years before signing for arch rivals Hearts of Oak prior to ending his footballing career which caused a huge controversy in the country.

He was the top scorer in the Ghana domestic football league in 1979 and again in 1981.

In 1982, he was nominated for the French magazine France Football African Footballer of the Year. He came eighth.[3]

Opoku Afriyie is among 20 other Ghanaians nominated by CAF out of a total of 200 African footballers for the title of the best African player of the last 50 years.[4]

The speedy striker was a member of the squad that won the 1978 African Cup of Nations making Ghana the first team to win it thrice.

He scored the two goals in the final of that tournament. 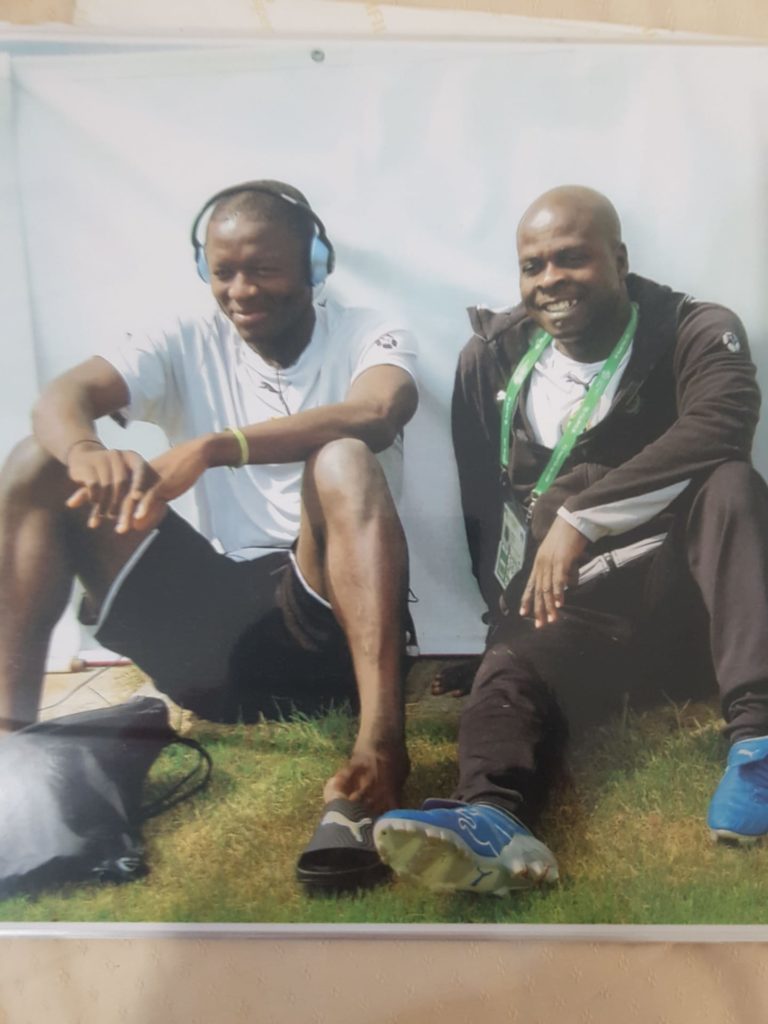 Opoku Afriyie with Sulley Muntari at the 2006 World Cup

Afriyie also played in the 1980 African Cup of Nations where Ghana failed to defend the title.

After retiring from the game, Opoku Afriyie was appointed team manager of Asante Kotoko in 2003.

He has also served as the team manager and welfare officer of the Black Stars for a long time including the country maiden appearance at the World Cup in Germany in 2006.