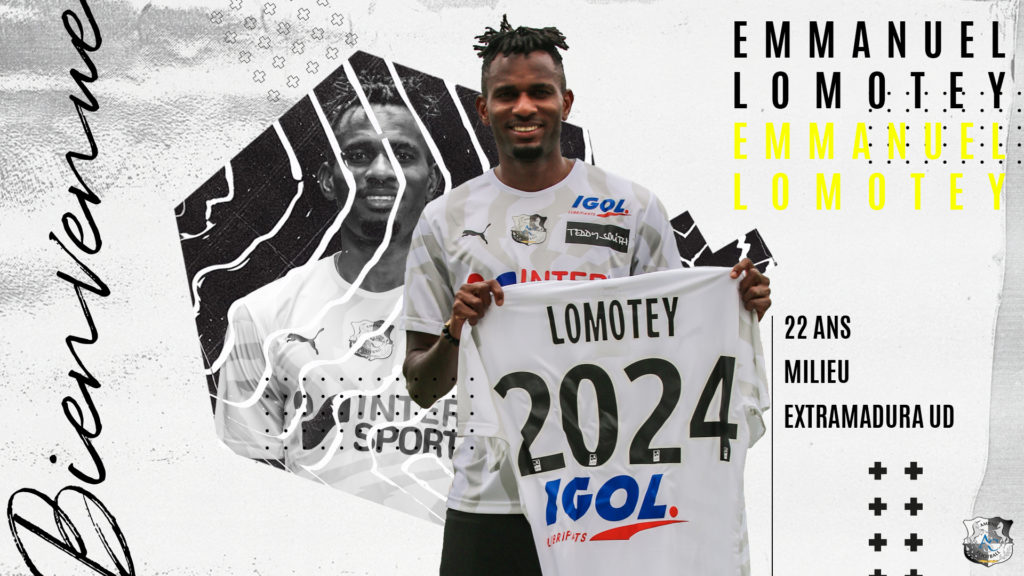 The 22-year-old signed a four-year contract with the Ligue 2 side on Monday after passing a medical.

He moves from Spanish side relegated Segunda Division side Extremadura in search of top level football in Europe.

Amiens beat solid rivalry from Europa League campaigners Fehervar of Hungary and Albecete in Spain to get the Ghana youth global for €500,000.

The gifted midfielder marked an agreement that will leave him at the French side until 2024.

The French club affirmed their marking of the player who showed up in France on Friday in front of agreeing over his terms of agreement.

"Amiens SC are very happy to announce the signing of Emmanuel Lomotey!," the French club said in a statement released on Monday after the deal was signed.

"The 22-year-old Ghanaian U23 defensive and international midfielder is linked with the club until 2024! Welcome home Emmanuel!"

This comes after Ghanasoccernet.com exclusively revealed last week that French side Amiens are on the verge of swooping for the Ghana youth midfielder Lomotey.

The Ligue 2 side have paid € 500,000 Euros for the services of the utility player who was keen on leaving Spanish football.

Lomotey was keen on leaving relegated Segunda Division side Extremadura in search of top level football in Europe.

Amiens want to bolster their rank and make a quick return to the French Ligue 1 following their demotion last season.

Lomotey gave a good account of himself last term when he made 21 league appearances and scored one goal.

He is reported to have caught the eyes of Portuguese side Sporting Braga, French Ligue 1 side Metz as well as Union Berlin in Germany.